The only person who believes Mark Sanchez’s best playing days are ahead of him might be Mark Sanchez himself.

The quarterback, who saw his career go completely off the rails near the end of his tenure with the New York Jets, landed this offseason in Philadelphia. However, he’ll certainly be buried on the depth chart behind reigning Pro Bowler Nick Foles and possibly second-year pro Matt Barkley.

The 27-year-old Sanchez seems confident in his abilities, though, even telling reporters Thursday at Eagles OTAs that he’s “just entering the prime” of his career.

“Maybe this whole shoulder thing and relocation has just been a blessing in disguise,” Sanchez said, via Newsday. “Maybe that year off was exactly what I needed. Got a little rest for my legs, for my arm, and I feel great.”

The “shoulder thing” Sanchez referred to was the injury he suffered last August that prevented him from doing anything but holding a clipboard all last season. In his last full season in 2012 he finished as the NFL’s second-lowest-rated quarterback, with his 66.9 percent passer rating trailing all qualifying QBs except for Matt Cassel (66.7).

Even if he’s unlikely to see much playing time in Philly, Sanchez said he’s excited to shift from a defensive-minded Rex Ryan team to the fast-paced offense helmed by Eagles head coach Chip Kelly.

“I just kept thinking, ‘Eagles. This is the place to be,'” Sanchez said. “I really respected what they did last year … And I think they have a ton of talent, especially at the wideout position, tight end position. They’re just overflowing with guys that can play. So that’s exciting for a quarterback.” 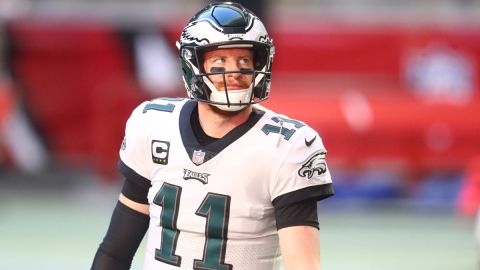 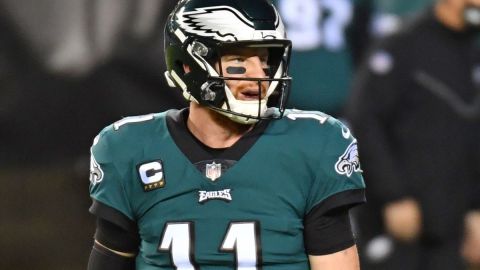 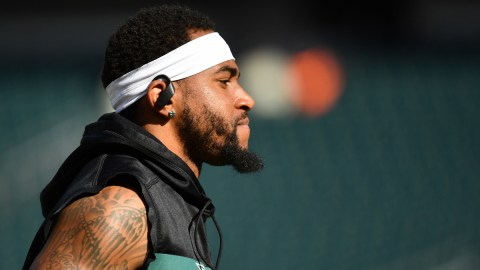 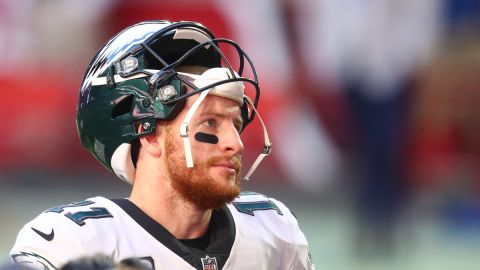 Patriots Reportedly Had ‘No Real Interest’ In Trading For Carson Wentz