FOXBORO, Mass. — The skies opened up and the temperature dropped for New England Patriots organized team activities on Thursday.

Jimmy Garoppolo struggled at times in the media’s first look at the rookie quarterback. Garoppolo overthrew receivers and was intercepted by linebacker Chris White during rainy 7-on-7 drills. This should be no cause of concern for Garoppolo, since he’s still young and picking up the Patriots’ offense.

Ryan Mallett also struggled, throwing two interceptions, one to undrafted rookie cornerback Daxton Swanson — who has impressed in two straight weeks — and the other to safety Nate Ebner. Quarterback Tom Brady threw an interception to cornerback Brandon Browner on a throw intended for Josh Boyce.

Wide receiver Kenbrell Thompkins continues to impress, as it looks like the second-year player added some muscle over the offseason. Thompkins was a star during OTAs, minicamp and training camp last summer, as well.

Safety Patrick Chung and cornerback Logan Ryan got increased looks in the Patriots’ defense, while undrafted rookie receiver Wilson Van Hooser made the most of his opportunities with Aaron Dobson, Jeremy Gallon and Derrick Johnson absent during practice.

Wideout Brandon LaFell made a couple of nice catches, but he also looked uncomfortable at times in the Patriots’ offense. The learning curve is high for any new Patriots receiver.

Wide receiver Reggie Dunn (5-foot-9, 178 pounds) and rookie running back Roy Finch (5-foot-7, 167 pounds) are undersized, but their speed and agility are apparent every time they’re on the field on offense or special teams. 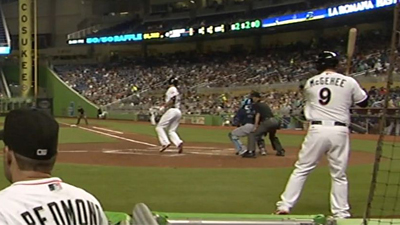