LeBron James’ decision to leave the Miami Heat and rejoin the Cleveland Cavaliers dominated the sports news cycle Friday. Here’s how it all went down.

SI senior writer Lee Jenkins helped James construct the essay “I’m Coming Home,” which is on pace to become “the biggest traffic event in the history of the magazine,” according to Advertising Age.

Jenkins mentioned to his editors months ago that he wished to pursue a story on the next part of James’ career. He then followed the 29-year-old NBA superstar’s path until the decision was made.

Jenkins flew to Las Vegas on Wednesday and met with James to construct the essay Thursday night.

“It all goes to Lee Jenkins,” SI managing editor Chris Stone said. “He made this happen.”

Jenkins then emailed the essay to his editors around mid-morning Friday. Only about six people saw it before it ran on SI’s website, Stone said.

How The Heat Found Out LeBron Was Leaving
Heat president Pat Riley and owner Mickey Arison received a Friday morning call from James, who informed them of his decision before the essay was posted to SI.com, ESPN reported.

ESPN previously reported that the Heat first heard of James’ decision when the essay was posted. ESPN later corrected that.

How The Cavaliers Found Out LeBron Was Returning
The same way everyone else did: online. That’s what sources told ESPN.

James and Cavaliers owner Dan Gilbert sat down Sunday night in Miami to hash things out, Yahoo! Sports reported, and both apologized to one another for past wrongdoings.

“We had five great years together and one terrible night,” Gilbert told James in the meeting, according to Yahoo. “I told him how sorry I was, expressed regret for how that night went and how I let all the emotion and passion for the situation carry me away. I told him I wish I had never done it, that I wish I could take it back.”

The Cavaliers are expected to give James a four-year, $88 million max deal, though no negotiations had taken place before the announcement, ESPN reported. 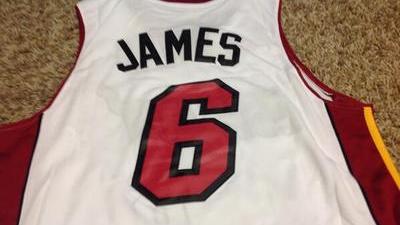