Liverpool’s hopes for Divock Origi are so high, the club is willing to wait for him to rise to the top.

Liverpool signed Origi from Lille on Tuesday, completing a £10 million ($17 million) transfer from the French club, according to the BBC. Origi is Liverpool’s sixth signing of the summer 2014 transfer window.

“I am very, very happy and delighted a club as big as Liverpool showed interest in me,” Origi told LiverpoolFC.com. “I’m very excited. I know it’s a club with a great history, great fans and a lot of great players. For me, Liverpool is one of the greatest clubs in the world and I’m very excited to be part of this great history.”

Origi, 19, signed a five-year contract with the Reds, and they immediately loaned the Belgian striker back to Lille for the 2014-15 season. Lille will compete domestically in France’s Ligue 1 (first division), the Coupe de France (French Cup), the Coupe de la Ligue (French League Cup). Lille also will participate either in the UEFA Champions League or UEFA Europa League this season. Origi played 35 games (in all competitions) for Lille last season and is expected to feature heavily in 2014-15.

Liverpool hopes Origi will be ready to fulfill his vast potential when he takes up residence at Anfield ahead of the 2015-16 season.

“For me, he can be one of the most exciting talents in world football,” Liverpool manager Brendan Rodgers said. “I genuinely believe that. I’ve seen enough of him over the course of the last couple of seasons to think this is a kid who, coming into the right environment, can genuinely be world class.

“He can light up world football, for sure.”

Origi also has international experience at the senior level despite his young age. Origi played in all of Belgium’s five games at the 2014 FIFA World Cup and scored the game-winning goal in the Red Devils’ group-stage victory over Russia.

The Reds have allowed Lille to continue developing the raw, talented Origi before summoning him back next year. Then, Liverpool will unleash its polished jewel on its Premier League and European rivals. 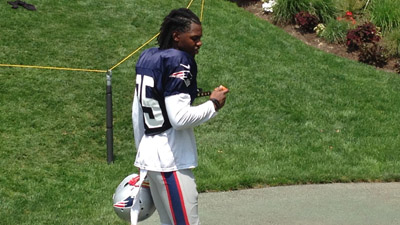