The Boston Bruins have a surplus of NHL-caliber defensemen, which is a problem every other team wishes it had.

The issue for B’s general manager Peter Chiarelli is that he has only six NHL roster spots for nine blueliners who deserve ice time.

“I think we have a good group right now, and I include (David) Warsofsky because I believe he?s as close to an NHL player as you?re going to get from Providence,” Chiarelli said Tuesday during his free agency conference call.

The abundance of D-men likely will result in the Bruins making a few roster moves prior to the regular-season opener, including the possibility of a trade(s).

“As I said, we have nine (D-men), so I’ve got to do something,” Chiarelli said. “I can do it now. I can do it during the summer. … You saw what (free agent) prices were today for defensemen. I?m happy with the (D-men) that we have. We have more than enough. I?ve had guys call me for our (D-men) from the moment we lost (to Montreal). They want our (D-men). They?re coached well, they?ve developed well, so I?m pretty comfortable with that we have. (We have) to figure out the right formula; that?s what our jobs are.”

Eight of the nine D-men can be penciled into the Bruins’ roster for next season, including Zdeno Chara, Dougie Hamilton, Johnny Boychuk, Torey Krug and Seidenberg. Kevan Miller and McQuaid are on one-way contracts, so they will be in Boston this season. Matt Bartkowski would need to clear waivers before going to Providence, and there’s no way he’d clear. At the moment, Warsofsky probably is on the outside.

What are Chiarelli’s options?

There’s no reason to have both Miller and McQuaid on the roster because they bring similar skill sets. Both kill penalties, play a physical style and drop the gloves when needed. Miller is a year younger and about $700,000 cheaper on the salary cap and doesn’t carry the injury concerns McQuaid does. McQuaid played in just 30 games last season and missed the playoffs with injuries. He also missed 16 games in 2013. If McQuaid can stay healthy to begin the season, though, his trade value should increase.

Boychuk is another interesting case. At $3.26 million, he’s one of the NHL’s most underpaid D-men. He contributes to special teams, plays a physical game, plays well in the playoffs and logs a ton of minutes against opponents’ top forwards. He’s a UFA after 2014-15 and deserves a raise. It wouldn’t be surprising if he was offered $5 million per season upon reaching the open market.

Re-signing Boychuk would be wise, but the price must be right because Krug needs a new contract this summer as an RFA and Hamilton will next offseason as an RFA. The Bruins also need to decide David Krejci’s future. He’s a UFA after next season.

A trade makes the most sense for Chiarelli if he doesn’t want nine NHL defensemen in October. The Bruins need offense after the departure of leading goal-scorer Jarome Iginla in free agency, and using one or two D-men in a deal could help the B’s acquire a top-six forward.

These decisions won’t be easy, but luckily for the Bruins, they have depth at the second-most important position with plenty of options to consider. 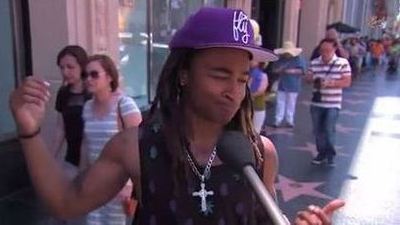