The Boston Red Sox are trying to avoid being swept by the Los Angeles Angels, but they’ll have to do so without Big Papi.

Designated hitter David Ortiz will have a routine day off Thursday for Boston’s fourth and final game against the Halos. Outfielder Allen Craig, who was activated from the disabled list Thursday, will slide into the DH spot and bat fifth. Alex Hassan was optioned to Triple-A Pawtucket as a result of Craig’s activation.

Mike Napoli and Will Middlebrooks will both get a second straight night off. Brock Holt will man third base and bat leadoff, while Kelly Johnson will cover first base and bat sixth in the lineup. Middlebrooks is available off the bench.

Rubby De La Rosa will be looking for a serious improvement on his last start when he takes the mound. De La Rosa gave up six earned runs on nine hits in just four innings of work against the Houston Astros on Saturday. He’ll be throwing to Christian Vazquez — who will bat ninth — and be squaring off against right-hander Matt Shoemaker. 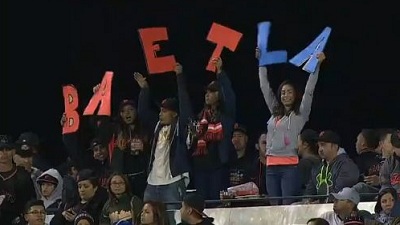