FOXBORO, Mass. — The New England Patriots have seen some unlikely feel-good stories come through Foxboro since Bill Belichick took over the team in 2000, but Malcolm Butler ranks among the most improbable stars of training camp.

That Butler came from tiny Division II West Alabama already made the undrafted rookie a long shot crack an NFL 90-man roster, but the Vicksburg, Miss., native is battling for a spot on the 53-man roster after playing two years of high school, being kicked out of Hinds Community College and lacking the desired measurables for a defensive back when he competed at the Alabama pro day in March.

Butler can’t burn up a track or jump out of gym, but he’s proven to be a playmaker on the practice field and in the Patriots’ first preseason game, when he allowed just two receptions on seven targets from Washington Redskins quarterbacks.

The 5-foot-11, 190-pound cornerback, who was signed after only receiving a tryout during rookie minicamp, is hard on himself. Despite being one of the few bright spots in an otherwise sloppy game for the Patriots, Butler wasn’t happy with his performance.

“On a scale of one through 10, I give myself a four,” Butler said after long consideration on Sunday at Gillette Stadium after Patriots training camp practice. “I’m kinda tough on myself. I dropped interceptions that could have helped my team out. Yeah, I give myself a four.”

Based on that answer, it sounds like Butler is buying into the Patriots’ program in Foxboro. Butler said the coaches have kept pushing him, even after deflecting two passes against the Redskins and picking off a certain star quarterback in practice — as he did on Monday when he intercepted Tom Brady during 11-on-11 drills.

Patriots head coach Belichick praised Butler on Monday, but he also stressed that the rookie cornerback has room for improvement.

“I think he?s done a good job every day, coming out there being ready to compete,” Belichick said prior to training camp practice. “He?s a got a long way to go. He?s got a lot to learn.”

It’s only Week 1 of the preseason, but Butler actually drew the start across from veteran cornerback Brandon Browner on Thursday night against the Redskins. For now, it seems like he’s the front-runner to earn the No. 5 cornerback spot on the 53-man roster while Browner serves a four-game suspension to start the season.

Butler knows that most Division II athletes who didn’t receive a single offer out of high school don’t get a chance to line up across from Brady or alongside Darrelle Revis, but his checkered past, which includes an arrest for possession of paraphernalia, only makes him work harder.

“Yeah, I am amazed about it,” Butler said about winding up with the Patriots. “But it was the long route here. Things just don’t go as you planned, but you just gotta keep pushing at things. Yeah, I am honored, and it’s an honor and a big privilege being here and playing with the New England Patriots. I take advantage of my opportunities every day, every chance I get.” 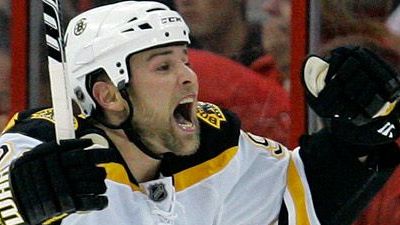