Chad Qualls pitches a 1-2-3 ninth inning, and the Astros leave Fenway Park with an 8-1 victory and a series split.

Next up for the Red Sox are the Los Angeles Angels, who begin a four-game series at Fenway on Monday night.

Mid 9th, Astros 8-1: Jon Singleton spoiled Steven Wright’s solid outing with a home run that might not have landed yet.

After picking up two quick outs to start the ninth, Wright surrendered a moon shot off the bat of Singleton that landed several rows behind the bullpens in right field.

The knuckleballer responded by getting Carlos Corporan to ground out to end the inning, but the Red Sox now find themselves staring at a seven-run deficit with three outs to go.

End 8th, Astros 7-1: Nothing doing in the eighth for the Red Sox, who get a single from Kelly Johnson but nothing more.

Yoenis Cespedes and Will Middlebrooks grounded out, and Xander Bogaerts flied out to shallow right field.

Wright wrapped up his third inning of scoreless relief, retiring Marwin Gonzalez, Robbie Grossman and Jose Altuve in order. Gonzalez and Grossman both grounded out, and Altuve struck out swinging. It was the first time in five at-bats that the second baseman has not come up with a hit.

Now, the Red Sox have two more innings to try to conjure up some offense.

Leadoff man Brock Holt lined out to first base, Daniel Nava struck out and David Ortiz flied out to right.

Steven Wright will return to the mound for a third inning of work.

Mid 7th, Astros 7-1: Steven Wright helps himself out in the seventh, snaring a Matt Dominguez grounder to start an inning-ending double play.

Wright got Carlos Corporan to ground out to open the frame before allowing a single by Marc Krauss.

The Astros will turn to their bullpen for the bottom half of the seventh, as lefty Tony Sipp comes on as the new Houston pitcher.

The Red Sox put two runners on against Collin McHugh — Xander Bogaerts and Jackie Bradley Jr. both walked — in the sixth but could not push either across.

Will Middlebrooks grounded into a fielder’s choice, and Dan Butler ended the inning by hitting into a 5-4-3 double play.

Mid 6th, Astros 7-1: Steven Wright holds the Astros scoreless in the sixth despite allowing back-to-back hits to open the frame.

Robbie Grossman and Jose Altuve both singled to put two men on with no outs, but Wright then settled in to retire the next three batters.

Chris Carter flied out to the warning track in right, and Dexter Fowler and Jon Singleton both went down by way of the K.

End 5th, Astros 7-1: Collin McHugh follows up Craig Breslow’s perfect inning with one of his own.

McHugh got David Ortiz to pop out before striking out Yoenis Cespedes and Kelly Johnson.

Breslow now leaves the game, and Steven Wright takes over as the Red Sox’s new pitcher. This will be Wright’s season debut.

Mid 5th, Astros 7-1: Craig Breslow cruises through his first inning of work, inducing a pair of groundouts and a popout in the 1-2-3 frame. It was the first time today the Astros have gone through an inning without putting a runner on base.

End 4th, Astros 7-1: The Red Sox aren’t having trouble putting men on base against Collin McHugh. It’s driving them in that’s been the problem.

Will Middlebrooks and Jackie Bradley Jr. opened the fourth inning with back-to-back singles, but McHugh responded with three consecutive outs. Dan Butler popped up to third baseman Matt Dominguez, Brock Holt struck out and Daniel Nava grounded out to first.

Joe Kelly’s afternoon is over, as Craig Breslow emerges from the bullpen for the Red Sox. It was a rough outing for Kelly, who allowed seven runs on seven hits and six walks in his four innings of work.

Mid 4th, Astros 7-1: Joe Kelly dug himself a hole in the fourth but was able to keep the Astros off the board.

Kelly picked up two quick outs, sandwiching two popouts around a Jose Altuve single, but then struggled to find the strike zone. He walked Dexter Fowler and Jon Singleton to load the bases before striking out Carlos Corporan to end the inning.

Altuve, who smacked a grand slam back in the second, now is 3-for-3 on the day.

End 3rd, Astros 7-1: The Red Sox got on the board in the third, but not in the most graceful of fashions.

After Brock Holt walked to lead off the inning, Daniel Nava ripped a double into the right field corner, allowing Holt to come all the way around from first. Nava took too big of a turn around second base, though, and was tagged out after a brief rundown.

David Ortiz then reached via base on balls, and Yoenis Cespedes blooped a single into shallow right field. A wild pitch by Collin McHugh allowed both to advance, but a Kelly Johnson strikeout and Xander Bogaerts groundout prevented to Sox from tacking on any additional runs..

Kelly allowed a leadoff home run to Dexter Fowler in the third, his second home run allowed in as many innings. He proceeded to strike out Jon Singleton but then walked Carlos Corporan and Marc Krauss consecutively, prompting a mound visit.

With Steven Wright warming in the bullpen, Matt Dominguez lofted a fly ball to the warning track in right-center, allowing Corporan to tag up and take third. Kelly was able to escape the inning without further damage, though, getting Marwin Gonzalez to ground to third for the final out.

End 2nd, Astros 6-0: The Red Sox have some fun with two but come away with nothing to show for it.

Will Middlebrooks and Jackie Bradley Jr. both came through with two-out singles, but No. 9 hitter Dan Butler grounded out to third baseman Matt Dominguez to end the threat.

Kelly Johnson grounded out to second to lead off the inning, and Xander Bogaerts followed with a strikeout, which earned him a fair smattering of boos from the Fenway faithful.

Mid 2nd, Astros 6-0: Well, this certainly is not how Joe Kelly wanted to begin his afternoon.

Kelly allowed the first four batters in the inning to reach base in the second innign, three by singles and one via walk. Marc Krauss’ base hit was the strangest of them all, as Yoenis Cespedes appeared to completely lose track of the ball in left field, allowing it to drop on the warning track behind him.

Krauss’ single, which came with the bases loaded, scored Dexter Fowler from third with the game’s first run, and Matt Dominguez drove in the second with a sacrifice fly to center field.

Xander Bogaerts appeared to limit the damage by turning an inning-ending double play on a Marwin Gonzalez grounder that ricocheted off Kelly, but the play was not as routine as it seemed. Astros manager Bo Porter challenged the ruling, pointing out that Bogaerts threw to first before stepping on second base. He was correct, and after a lengthy review, the umpire ruled Krauss safe at second.

Kelly then walked Robbie Grossman on his ninth pitch to the Astros’ leadoff man, loading the bases again, and Jose Altuve jacked a grand slam over the Green Monster to break this game wide open. John Farrell came out to argue, likely about the Bogaerts replay decision, and was tossed from the game.

Chris Carter, the ninth batter of the inning, flied out to center field to end it.

The second baseman singled off Collin McHugh to lead off the game for the Red Sox. The hitting streak is the longest of Holt’s career and the longest by a Boston batter this season.

That’s all the Red Sox would get in the frame, though. After surrendering Holt’s base knock, McHugh proceeded to strike out Daniel Nava looking, get David Ortiz to fly out to center and induce an inning-ending groundout off the bat of Yoenis Cespedes.

Kelly started the game off by getting Robbie Grossman to look a 95-mph fastball for strike three. Jose Altuve then singled on a line drive just out of the reach of Brock Holt at second base, but Chris Carter promptly grounded into an inning-ending 5-4-3 double play.

Holt, Daniel Nava and David Ortiz, who had a monster game Saturday night, are due up first for the Red Sox.

1:35 p.m.: Robbie Grossman takes ball one from Joe Kelly, and we are underway.

Grossman, Jose Altuve and Chris Carter are due up first for the Astros here in the opening frame.

12:20 p.m.:  The Red Sox made a roster move this afternoon, calling up right-hander Steven Wright and designating outfielder Corey Brown for assignment.

Brown appeared in three games following a call-up from Pawtucket but recorded just one plate appearance (a strikeout). Wright, a knuckleballer who has started 13 games at Triple-A and one at Double-A this season, will be used to bolster the Red Sox’s bullpen, John Farrell said in his pregame news conference.

11:35 a.m. ET: Good morning from Fenway Park, where the Boston Red Sox will conclude their series with the Houston Astros with a Sunday matinee.

Getting the start for the Red Sox will be right-hander Joe Kelly, who is making his first appearance in his new home ballpark. Kelly has pitched well since being acquired from the St. Louis Cardinals at the trade deadline, allowing a total of three runs in 13 innings over his first two starts in a Red Sox uniform.

Right-hander Collin McHugh gets the nod for the Astros. McHugh struggled in June and July, taking the loss in six consecutive starts, but has turned it on of late. He’s allowed just one run in each of his last three starts and issued just one walk over that span.

McHugh will face a Red Sox lineup that’s missing three regulars, as Dustin Pedroia, Mike Napoli and Christian Vazquez have been given the afternoon off. Pedroia is dealing with flu-like symptoms, manager John Farrell said in his pregame news conference.

Romo Looks Comfortable In First Game Since Back Surgery 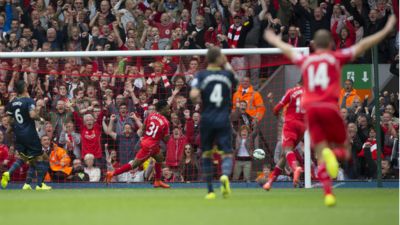