Victorino, who underwent successful back surgery Tuesday in California, dropped by the visitors? clubhouse at Angel Stadium on Friday before the Boston Red Sox?s game against the Los Angeles Angels. The veteran outfielder expressed optimism regarding his recent procedure and his status for 2015.

“I couldn?t feel any happier,? Victorino told reporters in Anaheim. “You never want to have surgery, you never want to be in that position. I think this is, for me, a surgery that was probably something that was in the making and probably needed to get done. Understanding the circumstances we were in, I think that made a decision a little bit easier.

“It definitely wasn?t something that I wanted to do. I saw some of the guys today and told them it?s not fun watching. Understanding where we?re at and what we?re focusing on, it was the time for me to get this done and be ready for 2015.”

Victorino, who will miss the remainder of the 2014 season, was limited to just 30 games because of various injuries. It?s been a huge blow to the underachieving Red Sox, who benefited greatly from both his offensive and defensive prowess during their 2013 World Series run.

While Victorino attempted to gut it out this season amid several setbacks, surgery ultimately became the only option. The 33-year-old now must refrain from physical activity — aside from walking — for a month, but he fully intends to be ready for spring training, at which point it could be full steam ahead for the two-time All-Star.

?The only (bad) part is not being able to do things,? Victorino said of his surgery. ?We call it BLT — you can?t bend, you can?t lift, you can?t twist. So when I get into bed, I have to sit like I?m a log and roll like I?m a log. Those are the kind of things I?m trying to get accustomed to, which I?m definitely not. As you guys know, I?m always up and moving. I have to remember this is a process for me, and I?m starting from square one and we?re moving.?

Victorino has been told that his recovery could take anywhere from three to sixth months. His goal is to be ready by the low end of that timeframe, though he understands the need to be cautious.

There is some question as to where Victorino fits in now that the Red Sox have added outfielders Yoenis Cespedes and Allen Craig. Victorino said he?s open to playing anywhere — left, right or center field — and that his primary goal is to have the best year he can in 2015.

?I have every intention of being the right fielder next year,? Victorino said. ?I don?t have any mindset that I?m not going to be the right fielder and focus on that. But like I said, wherever I?m going to play, it doesn?t matter to me. I just want to be out there, I want to be healthy, I want to be a part of this team. And hey, I love playing the game and that?s what I focus on.?

It?s been a frustrating season for The Flyin? Hawaiian. But maybe every little thing really is going to be all right when the calendar flips to 2015. 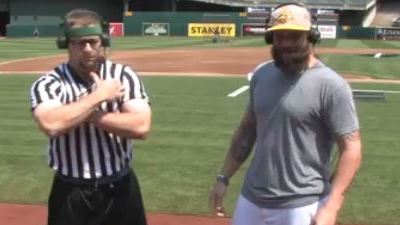