Some cities just have no luck.

When professional sports teams fall short in the end after a very successful season, fans always feel disappointed. No one knows that better than fans in Atlanta.

The Braves won 14 consecutive division titles from 1991 through 2005 and were one of the National League’s best teams. Regular-season success did not translate to the postseason, however, as the Braves won the World Series only once during that span.

The Falcons and Hawks haven’t had much playoff success in their respective leagues either. The Falcons have never won a Super Bowl title, and the Hawks’ only NBA championship came when the team played in St. Louis. Atlanta even lost two hockey teams — the Flames (now in Calgary) and Thrashers (now the Winnipeg Jets) — to add to the city’s misery.

Atlanta has had some terrible luck with its sports teams, but it’s definitely not the only American city that has been through the wringer. The folks at Forbes.com put together a list of the most miserable sports cities in the United States. 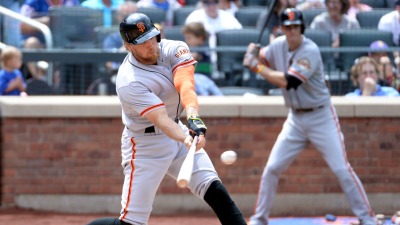 Hunter Pence Fires Back At Sign-Making Trolls With Hilarious Tweets