Koji Uehara and the Boston Red Sox are going to part ways at some point in the near future.

It might not be this offseason. It might not even be next offseason. But Uehara is a free agent who is turning 40 before Opening Day. The good times can?t last forever.

The Red Sox need to start planning for Uehara?s inevitable departure. There?s obviously a chance Boston could sign its next closer in free agency — this year, next year, the year after, whenever — but the Red Sox?s track record suggests they won?t dole out a big contract for their next ninth-inning stalwart.

Instead, the Red Sox might rely on internal options. Edward Mujica and Junichi Tazawa are two reasonable options from Boston?s current bullpen, but Mujica is set to become a free agent following the 2015 season and Tazawa is better suited for a seventh- or eighth-inning role.

Let?s instead look younger. Which five Red Sox up-and-comers could make a case to become the club?s closer of the future?

Brandon Workman, RHP, 26
Workman had the look of a closer while pitching meaningful innings out of the bullpen in 2013. The Red Sox clearly trusted the right-hander in key spots, with Workman even pitching the eighth inning of Game 6 of the World Series against the St. Louis Cardinals.

Surprisingly, Workman?s numbers as a reliever are worse than his numbers as a starter. He owns a 6.07 ERA and 1.55 WHIP in 21 career relief appearances spanning 29 2/3 innings. But Workman?s strikeout rate is much higher out of the bullpen — 10.9 strikeouts per nine innings versus 7.4 K/9 as a starter — and his stuff certainly plays up. His struggles as a starter this season coincided with diminished velocity.

Rubby De La Rosa, RHP, 25
De La Rosa has a classic late-inning repertoire. A shift to the bullpen is inevitable if he doesn?t develop a legitimate third pitch to go with his blazing fastball and devastating changeup.

De La Rosa throws a curveball and a slider. He even worked on a cutter late in the 2014 season. He?ll need to improve at least one of the offerings, as he?s often inconsistent in executing beyond his fastball-changeup mix.

There?s more value in a pitcher capable of providing 180-200 solid innings, and De La Rosa was, to his credit, the best of the Red Sox?s young starters who auditioned in 2014. But a relief role would enable De La Rosa to play to his strengths.

Matt Barnes, RHP, 24
Barnes, a first-round pick in 2011, salvaged his 2014 season after an injury plagued spring and a rough start to the year. He?s absolutely on Boston?s radar for 2015, but his long-term future is difficult to pinpoint.

Barnes still could develop into a major league starter. As mentioned earlier, there?s more value in grooming a starter versus immediately pigeonholing a young pitcher into a relief role at the first sign of success. But Barnes was impressive while pitching out of the Red Sox?s bullpen down the stretch, suggesting his long-term future could reside there if the whole starting thing doesn?t work out.

Barnes features a fastball that sits around 91-95 mph, a curveball that could develop into a nasty big league out-pitch with more fine-tuning and a changeup that?s still a work in progress. He?s able to reach back for some extra velocity in relief, and his aggressiveness ultimately could become hard to ignore.

Hembree, who was acquired in the trade that sent Jake Peavy to the San Francisco Giants, has racked up 107 saves in the minors while posting a 3.28 ERA in 212 appearances over 208 2/3 innings. The 6-foot-4 righty has struck out 11.3 batters per nine innings.

“We see him as a reliever,” Red Sox general manager Ben Cherington said following the July trade. “Kind of a heavy fastball/sinker, kind of classic reliever look. He’s a big, physical guy, high strikeout rates throughout his minor league career, which is something we value — the ability to miss bats.”

Hembree has missed bats in the bigs, too, striking out 18 over 17 2/3 innings. It?s hard to ask for much more, except a continuation of what he?s already begun to build.

Drake Britton, LHP, 25
Britton admittedly is a long shot. He struggled with Triple-A Pawtucket this season — his first year as a full-time reliever — and still could wind up starting if the need arises.

The lone southpaw among these candidates shouldn?t be dismissed, though. Britton showed a distinct willingness to attack hitters while posting a 3.86 ERA in 18 relief appearances with Boston in 2013. He also has swing-and-miss stuff, which, in most cases, is a prerequisite to a ninth-inning role.

The more likely scenario is that Britton helps replace the lefty void created by Andrew Miller?s departure. But things could change down the road if he?s able to excel in that role. 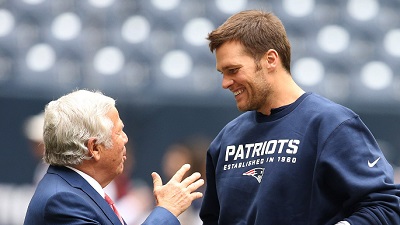 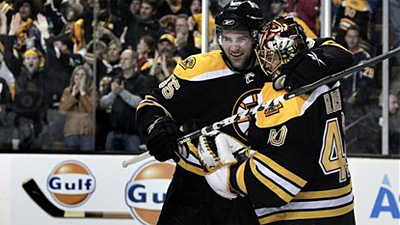