Austin Pettis endeared himself to a lot of hockey fans Monday night.

The St. Louis Rams wide receiver played a minor role in the Rams’ 31-17 loss to the San Francisco 49ers, but he’s getting plenty of recognition for something ESPN cameras picked up during the network’s “Monday Night Football” telecast.

Late in the fourth quarter, Pettis was seen standing on the sideline talking to Rams quarterback Austin Davis. You clearly can see the top of an old-school Mighty Ducks of Anaheim logo tattooed on his back.

Pettis was born in Anaheim and grew up in nearby Orange. He’s also 26 years old, so he grew up in the middle of the ’90s Mighty Ducks era. But is he actually a Ducks fan? Indeed he is.

Unfortunately for Pettis, the Rams had about as much success as the Mighty Ducks had in their early years on Monday night. 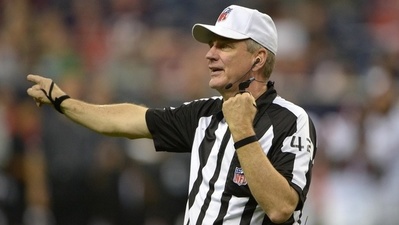