Powe, who played three seasons with the Boston Celtics and now works in the team’s community relations office, was a high school teammate of Lynch’s on the basketball team at Oakland Technical.

Lynch is three years younger than Powe and never had what you’d call a basketball build — even today, he’s listed at just 5-foot-11 — but Powe recalled one thing the soon-to-be Seahawks star had in spades: Intensity.

?He told me anyone that fouled me, just let him know,? the ex-Celtic told Jessica Camerato of Basketball Insiders. ?He?d go in and take care of it. That?s what he did.?

According to Powe, Lynch was true to his word.

?Marshawn came to me. He said, ?I got you,’? Powe said. ?The following play, the guy got a fast break. He jumped and Marshawn ran out of nowhere — he was fast as (lightning), strong. He just, like, speared the guy, tackled him into the stands. He got a flagrant.

?I pulled Marshawn to the side and said, ?You can?t do that. That?s illegal. You?ll get ejected and kicked out for that. I just wanted you to touch him up a little bit.? He just laughed, ?That?s what I do.? That?s all that he said.? 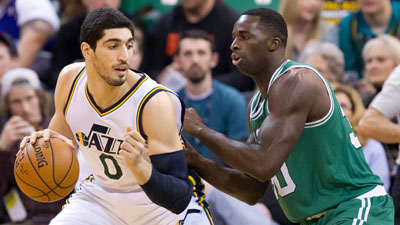