Robert Kraft is a boss.

Kraft tossed on his dancing shoes Sunday after the New England Patriots downed the Seattle Seahawks 28-24 in Super Bowl XLIX. The Pats owner cut some rug alongside a few players and rapper Rick Ross at the team’s championship party.

Kraft, of course, has shown off his dance moves in the past, most notably at the Patriots’ first championship parade. It’s good to see the 73-year-old hasn’t lost a step over the years. 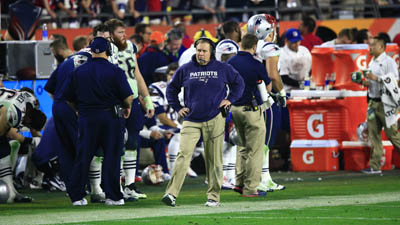