The New England Revolution fell short in their quest for the MLS Cup, but apparently they snagged the next best thing: a Lombardi Trophy.

The Revs were given credit by the U.K.’s Daily Mail for winning Super Bowl XLIX on Sunday, with Tom Brady being named Most Valuable Player. Brady, we’re guessing, is a striker on the Revs’ footie team.

Obviously, the Revs didn’t win the Super Bowl. It was the Seattle Sounders. Duh.

(While we’re on the subject, do you think Sounders manager Sigi Schmid would have given the free kick to Marshawn Lynch or simply played the ball to the feet of the Revs? Just curious.) 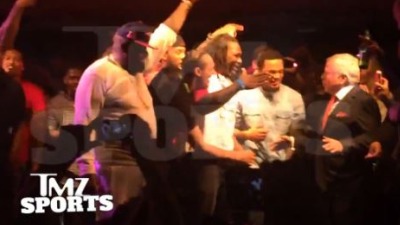