The New England Patriots are perceived to be cheap.

It’s false, of course. The Patriots are smart, not frugal.

The Patriots are held to the same standards as any other team and spend up to and sometimes over the NFL’s salary cap. They just won’t spend top dollar on big, splashy free agents. They know better than anyone else that free agents are available for a reason.

A great player usually won’t hit the open market, and if he does, like defensive tackle Ndamukong Suh this year, he’ll cost so much money that it will restrict a team’s spending for years to come.

McCourty reportedly was ready to agree to a higher offer during the NFL’s legal tampering period — perhaps the Philadelphia Eagles’ — before he called Patriots head coach Bill Belichick, ESPN’s Mike Reiss reported Sunday night. Belichick and the Patriots stepped up and offered a top-of-the-market deal, and it was enough to keep the All-Pro safety around for five years, $47.5 million and $28.5 million guaranteed.

It’s rare for Belichick to involuntarily allow a star player still in his prime to leave the Patriots. Richard Seymour, Logan Mankins, Mike Vrabel and Deion Branch were traded while Lawyer Milloy, Ty Law, Rosevelt Colvin and Vince Wilfork (eventually) were released, among countless others.

Belichick understands a player’s value, and he knows players will take less to come back and compete for a perennial winner. And after winning Super Bowl XLIX, Belichick knows his free agents are ready to come back and start up another dynasty.

McCourty is the perfect player to lock up to a mega deal. He’s just 27 years old, undoubtedly one of the best free safeties in the NFL, a captain and a vocal leader. With Wilfork likely on his way out and linebacker Jerod Mayo perhaps headed for a restructured contract, the Patriots needed McCourty’s leadership in the locker room and on the field.

The Patriots are constantly changing their defensive scheme from game to game and play to play, and McCourty is the defender who lines everyone up and makes sure that no one is out of position.

If the Patriots hope to keep running mostly Cover-1 man coverage, then they need McCourty back playing center field.

Of course, Patriots fan are hoping this isn’t the last big contract that the Patriots hand out this offseason. Cornerback Darrelle Revis’ future in New England remains up in the air, and cheapness will have nothing to do with it if the All-Pro leaves. Teams like the New York Jets simply have more room under the salary cap and can pay Revis more than the Patriots.

It’s up to Revis to agree to what the Patriots can pay, and if he doesn’t, then the Patriots will smartly allocate those funds to another worthy player. 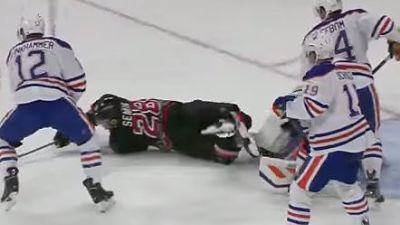