The New England Patriots might have found their new third-down back.

Free-agent running back Reggie Bush will visit the Patriots on Friday, a source told ESPN’s Field Yates. Bush only played 11 games in 2014 because of injuries, but he ran for 297 yards on 76 carries with two touchdowns and added 253 yards through the air on 40 catches.

Bush is one year removed from his most productive NFL season. He ran for 1,006 yards and four touchdowns on 223 carries in 2013 with 54 catches for 506 yards with three touchdowns.

Like Shane Vereen, who was signed away from the Patriots by the New York Giants, Bush is a versatile pass-catcher out of the backfield who can provide some playmaking ability.

The Patriots showed interest in other third-down backs Roy Helu, who was signed by the Oakland Raiders, and C.J. Spiller, who was scooped up by the New Orleans Saints. 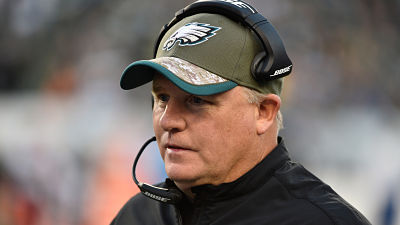 Ben Cherington: Yoan Moncada One Of World’s Most Talented 19-Year-Olds