Yahoo! Sports’ Rand Getlin reported that the Patriots will have the opportunity to match the Giants’ offer.

Vereen would combine with Giants running backs Andre Williams and Rashad Jennings to form a running back by committee.

The Patriots will be left with LeGarrette Blount, James White, Jonas Gray, Brandon Bolden, Tyler Gaffney and Dion Lewis at running back. The Patriots also are expected to sign another pass-catching specialist to combine with White, a 2014 fourth-round draft pick.

Vereen had 11 catches for 64 yards in the Patriots’ Super Bowl XLIX win over the Seattle Seahawks. He had 52 catches for 447 yards and three touchdowns on the season with 96 carries for 391 yards and two scores on the ground. 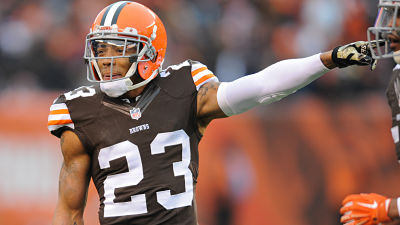