The loudest statement at JetBlue Park on Thursday didn?t come from Shane Victorino, who forcefully fired back at critics who made massive assumptions about him earlier this week.

Rusney Castillo launched a walk-off home run in the bottom of the 10th inning Thursday as the Red Sox defeated the Minnesota Twins 5-4 in Grapefruit League action in Fort Myers, Fla. The home run didn?t change much in the grand scheme of things, but the Cuban outfielder is building a strong case to break camp with the major league club despite battling an oblique injury for much of spring training.

“Well, I don’t know that he’s making it a difficult decision. He’s a good player,” Red Sox manager John Farrell told reporters after Thursday?s win. “We’ve got a number of good players, and we’ll take every day of spring training to settle on who our Opening Day roster is going to be.”

That?s been the Red Sox?s mindset all along with regard to the outfield competition, which seemingly boils down to four players (Castillo, Shane Victorino, Allen Craig and Daniel Nava) vying for three spots now that Mookie Betts has all but locked down Boston?s center field job: Take every single moment possible before arriving at a decision on who stays with the big club.

It?s a fair and effective tactic, as there?s no need for the Red Sox to make any rash decisions at this point, especially given how quickly things can change on a day-to-day basis during spring training. But Opening Day — or Judgment Day, as it pertains to the future of Boston?s outfield — is just over a week away, and each of the four aforementioned outfielders, in theory, could roll out an intriguing PowerPoint on why he deserves to open the 2015 season with Boston.

The simplest solution is to send Castillo to the minors, have him make up the at-bats he lost to injury and receive a call-up when something goes awry in Boston?s outfield. It?s a rather unsettling solution, though, because it?s becoming harder and harder to rationalize that Castillo isn?t ready.

Castillo entered Friday?s tilt hitting .400 (4-for-10) with two homers, a triple and four RBIs in four Grapefruit League games. It?s a small sample size, obviously, but the 27-year-old really hasn?t done anything dating back to last season to suggest he isn?t major league-ready. In fact, he was extremely impressive during his 10-game audition in 2014.

Of course, Castillo has work to do defensively, as he?s primarily been viewed as a center fielder rather than a right fielder. So, in that respect, Victorino holds a slight edge for the starting right field gig. But Castillo at this point looks like a younger, faster, more dynamic version of Victorino, which begs the question, ?What are we doing here??

This isn?t to knock Victorino, who has silenced skeptics before. But based on talent alone, the Red Sox?s starting outfield should consist of Castillo, Betts and Hanley Ramirez.

Whether that ends up being the case is a different story, as Castillo?s contractual situation (minor league options remaining) makes sending him down the easiest route come April 6. But the Cuban slugger is doing everything in his power to force the issue. 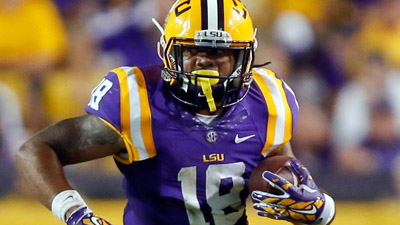