Kevin Love On Kendrick Perkins: 'We Love Having Him' On Cavaliers - NESN.com Skip to content

BOSTON — Kendrick Perkins knows how much effort is required to win an NBA championship.

As a key member of the stellar defense that propelled the Boston Celtics past the Los Angeles Lakers in 2008, Perkins is using that experience to help his current Cleveland Cavaliers teammates, most of whom don’t know what it’s like to reach the summit.

“Perk has been not only great for me, but great for all the (Cavs’ frontcourt players), keeping everybody’s mind in it,” Cavaliers forward Kevin Love said Thursday as his team prepared for Game 3 of their first-round playoff series.

“When his number is called, he’s always ready,” Love said. “He’s always a consummate pro. We love having him on this team, specially in (TD Garden) having gone through it. He’s a guy (you want to have).”

Love added: “Perk is hilarious. That’s something outsiders don’t understand. He is a pro. He is very serious, even in shootarounds he finds an excuse to hit you. Sometimes, we’ll be walking through and he’ll bump you hard. He’s maybe, by a mile, the funniest guy on the team. He’s great.”

Perkins is not the same defender he was in Boston. His limited mobility and lack of a defined offensive skill set make it difficult for Cavs head coach David Blatt to find many minutes for him. After not playing in Game 1, Perkins made his series debut in Game 2 and played just two minutes despite starting center Timofey Mozgov being in foul trouble in the second half.

But even if Perkins isn’t on the court often, he’s still able to provide valuable advice for his teammates, particularly when it comes to interior defense. That’s an area Cleveland hasn’t excelled in over the last two games, and an area where Perkins made a name for himself in the NBA. 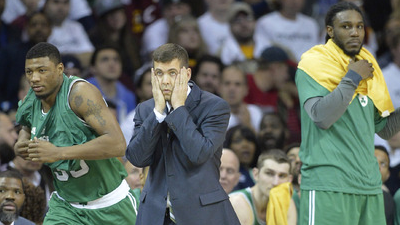 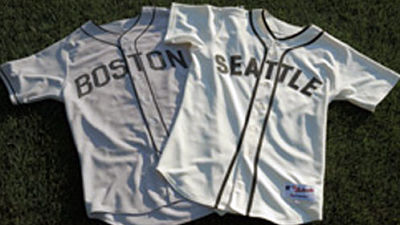