Why settle for predicting the Red Sox?s 2015 Opening Day roster — still a mystery, to some extent — when we can kick things up a notch and try to figure out what Boston?s 2016 roster will look like?

It?s a crazy exercise, sure. The Red Sox have World Series aspirations this season, yet questions surround the current roster, making it difficult to pinpoint who exactly will be around beyond 2015.

But why let a little uncertainty ruin the day? Winter is fading, baseball is coming and enthusiasm is high. Let?s turn up the volume and take a stab at projecting the Red Sox?s 2016 squad.

(Note: Yours truly tried to predict the Red Sox?s 2015 roster in January 2014. Looking back, it was interesting. Giancarlo Stanton still resides in South Beach.)

— OK, so there are a lot of holdovers here. That?s kind of boring for the purposes of this exercise, but it?s good for the Red Sox because it symbolizes stability.

— The biggest change revolves around first base, where Mike Napoli is slated to become a free agent after the 2015 season. The Red Sox could attempt to re-sign him for a second time, but he?ll turn 34 in October. His asking price ultimately will steer those negotiations.

If Napoli walks in free agency, the Red Sox obviously will need to replace him. They could pursue someone externally (Chris Davis and Garrett Jones are among those who could be available on the open market), hand the keys to Allen Craig (if he sticks around and bounces back) or explore a position change for someone. This projection goes with Option C.

Sandoval is a logical choice to move across the diamond, as his weight has created a presumption he?ll someday be forced off third base. He moves well for a big guy, though, and his defense should hold up for at least another season.

Enter Ramirez, who is starting to look like a pure slugger after bulking up.

— Shane Victorino is nowhere to be found, and that?s simply because he, like Napoli, is a free agent after this season. Injuries and such could persuade the Red Sox to move on at some point.

— So, what?s the deal with Gerardo Parra and Torii Hunter?

Well, both are set to become free agents after this season, meaning they could be there for the taking unless Parra signs an extension with the Milwaukee Brewers and/or Hunter retires. (The latter seems like the more likely scenario.)

Parra is an excellent defensive outfielder with a league average (or slightly below average) bat. He?s also a left-handed hitter, which would fit in nicely as the Red Sox look to match up, and he should come at a reasonable price, especially with his current role in Milwaukee somewhat undefined.

Hunter, who turns 40 in July, has long been friends with Ortiz. While it?s possible he could ride off into the sunset after this season, it?s also possible he could latch on with a contender for one final crack at that elusive World Series ring. This isn?t Hunter in his prime, especially defensively, but a platoon role might work. The veteran is a right-handed hitter with good splits against lefties.

— The other burning question centers on the catching position, where Christian Vazquez will be returning from Tommy John surgery and Blake Swihart will be on the rise.

Vazquez is renowned throughout the organization, but Swihart probably is going to receive an opportunity at some point in 2015. A good showing by Swihart could dictate how the situation shakes out with regard to 2016.

— Daniel Nava and Brock Holt are good at their respective jobs. They should keep such roles.

— Will Swihart and Vazquez form a catching tandem moving forward?

It?s possible, but the Red Sox probably would like a more experienced backup backstop on the roster.

— Clay Buchholz and Wade Miley both are under contract. Let?s assume they’ll stay.

— How long have the Red Sox and Phillies been dancing around a potential Cole Hamels trade?

It?s been a staring contest to this point, but it wouldn?t be surprising if the teams figured out something before the 2015 trade deadline, especially if the Red Sox?s rotation struggles.

Hamels has his flaws, yes. But he’s also not a slouch, by any means.

— Doug Fister is set to hit free agency after this season. He?s a very underrated ground ball specialist who could be an enticing option if a younger Rick Porcello pitches himself out of Boston?s price range.

— Henry Owens, Eduardo Rodriguez and Brian Johnson comprise a formidable trio of left-handed prospects. The Red Sox might have to tap into the surplus if they land Hamels.

Right now, Johnson is the most polished of the bunch. He could slot in as a viable No. 5.

— The wild card, of course, is Joe Kelly, who is under team control through 2018.

The 26-year-old has the potential to become a key cog in the Red Sox?s rotation, but he needs to show he can hold up physically. If not, Kelly, whose pitch repertoire might be better-suited for the bullpen anyway, could evolve into a hard-throwing late-inning reliever.

— Projecting a bullpen is almost pointless. There typically are several moving parts on a year-to-year basis, and there?s really no telling which relievers will emerge over the course of a given season.

But hey, we can?t stop now.

— Koji Uehara will be entering his age 41 season in 2016. He?s also battling an injury right now. The right-hander is under contract through 2016, though. Let?s say he stays, although it might not be in the closer?s role if this season goes off the tracks.

— Junichi Tazawa and Anthony Varvaro are under contract. Boom.

— Kelly?s role could change. It might not. Who knows? (The reasons are outlined above.)

— The Red Sox considered Matt Barnes a starter until he dazzled with excellent strikeout capability in relief this spring. Barnes? three-pitch mix suggests he could return to a starting role, but a notable 2015 could sell Boston on grooming him as a potentially lights-out late-inning reliever.

— The Sox will need at least a couple of lefties.

Edwin Escobar, acquired in the Jake Peavy trade, could emerge in his first full season in the system.

Phillies southpaw Antonio Bastardo, a free agent-to-be, is tough on lefties. The Red Sox were linked to him in the past, so they could revisit that idea, perhaps in conjunction with a Hamels pursuit. 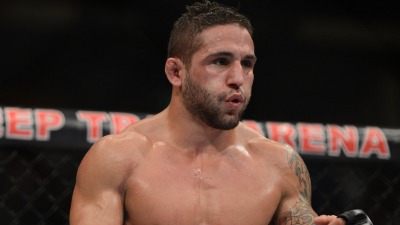