There’s a reason the Baltimore Orioles’ Adam Jones is a three-time defending Gold Glove center fielder. Unfortunately for the Red Sox, we got a glimpse of his fielding eminence Wednesday.

Mookie Betts, mired in a 6-for-36 slump, was the poor recipient of Jones’ fantastic diving catch in the fifth inning, which easily robbed Betts of at least a base hit.

Jones took “making it look easy” to a new level here, as he even casually blew half a bubble with his gum before sprawling into his dive.

Poor Mookie’s reaction says more about the catch than we could with words, but we imagine it’s roughly how Bryce Harper felt in April when Betts robbed him of a home run with an incredible catch in right-center field.

The Sox went on to win that game but weren’t so lucky Wednesday, mustering just two runs in a 5-2 loss. 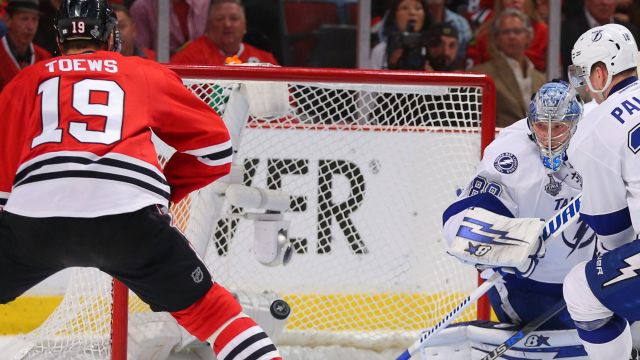