David Ortiz Brushes Aside Talk Of Being 'Washed Up' As Red Sox Struggle - NESN.com Skip to content

David Ortiz?s future has been questioned several times in recent years, most notably in 2009, when the Red Sox slugger hit .185 with one homer and a .570 OPS through his first 46 games. Concerns are starting to percolate again, but Ortiz knows all too well that things aren?t over until the fat lady sings.

?What can I tell you, man? A lot of people looked at me like that seven years ago, and here I am still,? Ortiz said Tuesday in response to a question about talk of him being ?washed up? amid the Red Sox?s early-season struggles. ?Hey, I don?t have no timetable for that. I don?t think anybody has it, either.

?If it happens, who cares? I?m just another player that comes in and comes out. Everybody?s time is up at some point. I don?t think that?s my problem. I?m just going to keep on trying like I normally do.?

Ortiz took two games off over the weekend in Texas to work on his swing and catch his breath. The Red Sox understand a healthy and productive Big Papi could go a long way toward sparking their lifeless offense.

The reality, however, is Ortiz is 39 years old and in the midst of his 19th major league season (13th with Boston). He threw Father Time into a headlock last season en route to another 30-homer, 100-RBI campaign, but a prolonged slump to begin 2015 has reopened old discussions regarding Ortiz?s demise, even if he?s proven over the years he deserves the benefit of the doubt with regard to such chatter.

?He?s the best hitter I?ve seen for the Red Sox for a long time,? Red Sox principal owner John Henry said before Tuesday?s game against the Minnesota Twins at Fenway Park. ?He?s not in his prime and he?s not going to hit 50 home runs. But is he going to hit 30? It doesn?t look like it this year. Is he getting older? Yes. But I don?t think any of us know (when his career is going to end).

?I talked with him (Monday). He?s upbeat about his swing. And we can talk about David, but we?ve got nine guys batting every day and we?ve had some terrible at-bats. Our approach has been suspect. But I think we have the right hitting coach and the right hitters. I think they?ll get it together. We?ll see.?

It?s definitely fair to question whether Ortiz, who entered Tuesday hitting .224 with six homers, 18 RBIs and a .692 OPS through 45 games, finally is nearing the end. But there?s still room in the obituary for more highlights if the Baseball Gods want to let the nine-time All-Star stick around a little longer. 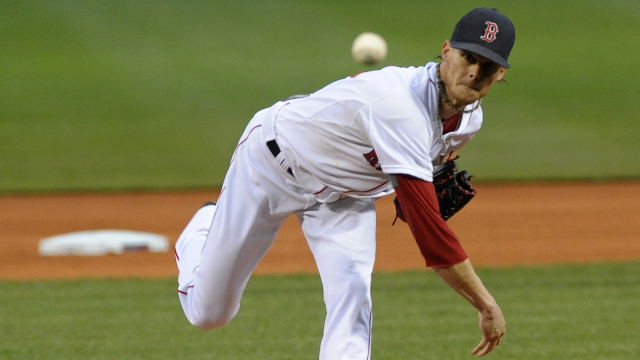