Tim Wright never became the New England Patriots’ next great flex tight end, but it seems crazy to criticize any transaction the team made last year, since the 2014 season resulted in a Super Bowl XLIX win.

The Patriots’ decision Thursday to release Wright raises some eyebrows, however, since they traded away one of the best players of the Bill Belichick era to acquire the tight end.

The Patriots sent left guard Logan Mankins to the Tampa Bay Buccaneers for Wright and a fourth-round draft pick on Aug. 26, right before the 2014 season began. The Patriots wound up using the fourth-round selection on Trey Flowers, and obviously it remains to be seen what impact the rookie defensive end will have on the team.

The Patriots saved $13 million in salary-cap space by trading Mankins, and they currently are $10,645,712 under the cap, according to Patscap.com. They can carry over that cap room to next season, which could help them lock up left tackle Nate Solder, linebackers Dont’a Hightower and Jamie Collins, and defensive end Chandler Jones to new contracts.

The Patriots’ offensive line originally struggled last season, but by the time the playoffs rolled around, they had found a unit that could get the job done with Dan Connolly and Ryan Wendell at guard and Bryan Stork at center. Connolly is still a free agent, but Wendell’s time at right guard showed the Patriots he could be a long-time starter at the position.

Mankins started all 16 games for the Bucs last season and surrendered just three sacks, five quarterback hits and 14 pressures in 937 snaps, according to Pro Football Focus. He ranked 10th among guards with a 4.8 PFF rating.

Wright caught 26 passes for 259 yards and six touchdowns last season and gave the Patriots a boost during their dominant stretch from Week 5 to Week 11, when he caught all six of his scores. He played just 10 snaps in the playoffs last season, however, as he saw his snaps dramatically decrease.

It’s unclear why Wright saw such a precipitous fall from grace that ultimately concluded with his release Thursday.

Mankins would have helped the 2014 Patriots more than Wright, but they won the Super Bowl, so that doesn’t necessarily matter. That $13 million in cap room absolutely will help when the Patriots are trying to lock up their current stars, however. The extra cap room also helped the Patriots re-sign free safety Devin McCourty.

The Mankins trade was a controversial one for months in New England, especially as the team struggled to a 2-2 record in their first month. But after the Super Bowl XLIX win, there’s no reason to harp on the deal. 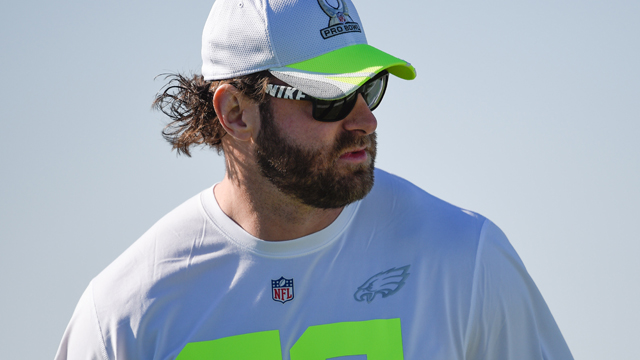 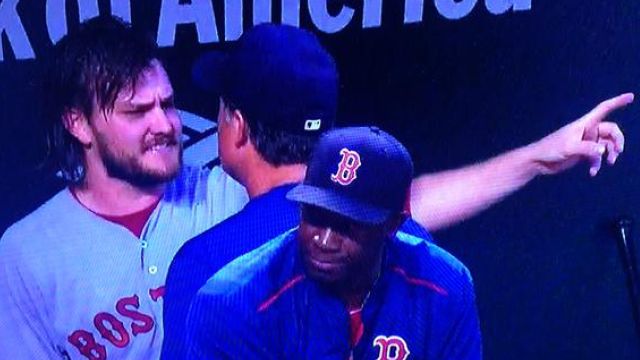