BOSTON — Clay Buchholz looked like a man whose mind had been racing Saturday afternoon.

While he was thankful his MRI late Friday night revealed no structural damage in his sore right elbow, he also saw his injury as an inopportune setback. The Red Sox starter has been pitching well of late amid Boston?s resurgence. Now, he?ll be sidelined for an unspecified amount of time.

?As much of a relief it is, it?s probably more frustrating than a relief,? said Buchholz, who was placed on the 15-day disabled list with a right elbow strain before Saturday?s game against the New York Yankees at Fenway Park. ?But at least it?s not going to be a long stay as far as the DL goes.?

Buchholz will require a shutdown period, after which he?ll need time to build back up his arm strength. Thus, there?s no timetable for his return, though the injury was substantial enough to warrant a DL stint.

Even if Buchholz is sidelined for longer than a couple of weeks, the 30-year-old is rather fortunate. It could have been far worse, all things considered.

?You always think the worst right when it happens,? Buchholz said. ?But I started running through in my head, ?How?d it happen? It wasn?t one pitch. It wasn?t a pop.? So that sort of makes you feel a little bit better about the situation, but until you get images of it, you don?t really know until obviously after the images. And it?s not necessarily a good thing, but it?s definitely the best thing that could have come from it.?

Buchholz initially tried to push through the discomfort Friday night. He first realized something wasn?t right during Brett Gardner?s third-inning at-bat, when the right-hander tried to go up top with a fastball and instead caught the bottom of the zone for a called third strike. Buchholz faced five more hitters — two in the third and three in the fourth — before pulling the plug on his outing.

?It?s a thin line,? Buchholz said of pushing through an injury. ?I?ve pitched through being hurt and everything throughout my career, but when you?re talking about your livelihood, and that?s shoulder/elbow for a pitcher, you?ve got to try to limit yourself to what you?re trying to do.

?And that?s definitely the most that my elbow or anything has ever bothered me in a game situation, so I figured that was enough.?

Buchholz has been the Red Sox?s most reliable starter this season, so losing him for an extended period definitely hurts, especially with Boston scratching and clawing to make up ground in the American League East. It?s also an all-too-common theme, as Buchholz has dealt with various injuries throughout his career, even though some of them stemmed from fluky situations, like batting and running the bases.

?You never want to be out 16, 18 months with the surgery. Yeah, so that was a relief coming out and knowing that,? Buchholz said of the latest ailment. ?But along those same lines, our team was on a pretty good run. I felt like I was doing pretty good out there, too, so it always stinks whenever something comes up.?

Buchholz, who still could seek a second opinion just for peace of mind, can breathe a sigh of relief knowing he likely won?t need to go under the knife. Missing starts rarely sits well with a pitcher, though.

The Red Sox need a healthy Buchholz. And he knows it. 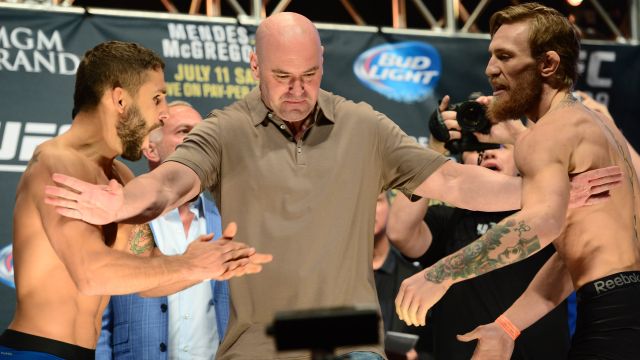 Ronda Rousey, Robbie Lawler, Others Give Their UFC 189 Predictions (Video)