FOXBORO, Mass. — Jimmy Garoppolo might be thrust into the New England Patriots’ starting quarterback spot at some point next season, so it’s a good thing he’s moving right along in his development.

All eyes were on Tom Brady’s backup during the first day of training camp Thursday to see what he had up his sleeve after just a year in the league. And offensive coordinator and quarterbacks coach Josh McDaniels said he is sure Garoppolo is more NFL-ready than he was in his first season.

?He?s not a rookie,? McDaniels said. ?I think any player at any position their rookie year, they?re trying to figure out how to process all the information we give them, how to process what the defense is doing and then actually physically play the game and the position that they?re playing. Last year was a lot of that, trying to figure that out, and it?s a struggle for any player as a young guy.

?And you come back in OTAs and minicamps and those kinds of things, and it?s the fourth or fifth or sixth time you?ve heard those things, and so the game seems to slow down when that?s the case. I think that he?s certainly a second-year player now.?

It wasn’t a terrible day at the office for the 23-year-old quarterback, as he went 9 of 10 with an interception in 7-on-7s and 19 of 27 in 11-on-11s. But despite the fact Garoppolo could be called upon to start four games if Brady serves his full suspension for his alleged role in Deflategate, McDaniels doesn’t see Garoppolo getting any more practice time than usual.

?It?s the same as it?s always been,? McDaniels said. ?I think (Thursday) was very close to 50-50, but that?s normal. We?re not — we haven?t discussed anything like that, and there?s no changes to our procedure in terms of how we?re going to try to build the football team and improve each player.

?Everybody out here has to get better and has to rep and has to learn and has to make mistakes, make plays, do good things, do bad things and learn from them. The quarterback position is no different, really, than any other position we have right now. Those guys are going to both get a lot of work and got to get ready for the 2015 season.? 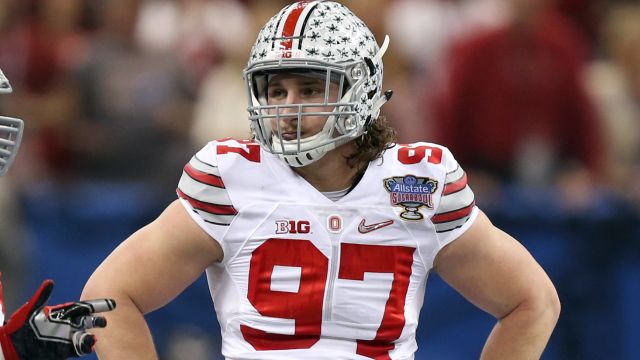