Montoya led the standings from the season opener until the final lap of the year. But in a race worth double points, Dixon dominated and overcame a 47-point deficit to tie Montoya in the standings.

The title went to the New Zealander based on number of wins: Sunday was Dixon’s third of the season, while Montoya had two.

“There was still a chance, and that’s what we were hoping for,” Dixon said. “I still can’t believe it. We were such a long shot.”

Dixon and team owner Chip Ganassi celebrated by leaping from the championship stage to crowd surf. It was one of the few uplifting moments at the end of a somber week following Justin Wilson’s death.

Wilson was struck in the head by a piece of debris from another car last Sunday at Pocono Raceway and died one day later from his injuries. Dixon was one of the many supporters who remained in Pennsylvania to stay with Wilson’s family at the hospital.

“We all raced with heavy hearts this weekend,” Dixon said. “It’s been a very tough week. It’s such a small community. But Justin would have wanted us to go out and race, and today I gave it my all from when the green flag dropped. Much love to the Wilson family.”

The victory was the 100th for Chip Ganassi Racing, while a Team Penske driver failed to win a championship in the finale for the ninth time since 2002. It also marked Chevrolet’s fourth consecutive manufacturer championship since the company returned to IndyCar in 2012.

“I’m shocked,” Ganassi said. “We knew we had a car to be at the front, and then a lot of other things had to happen. And they happened.”

Indeed, Dixon was third in the standings as he began the race and everyone assumed it was Montoya’s title to lose.

“It doesn’t matter what happened,” Montoya said. “We had a few ways to win the championship, and we just threw it away. We didn’t close it.”

“When you do this and you put double points on the last race, it doesn’t matter what you’ve done all year,” Montoya said. 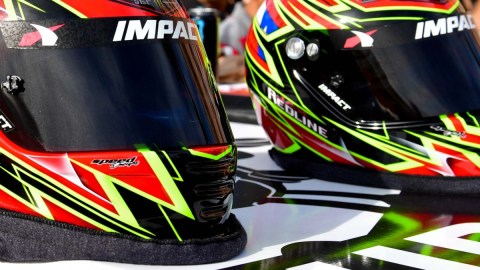 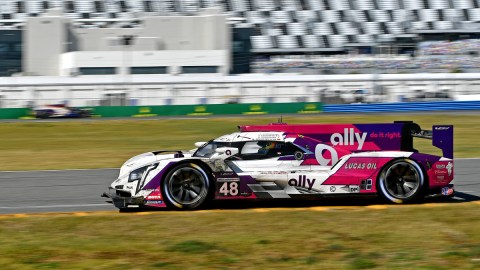