FOXBORO, Mass. — Sometimes it’s difficult to tell when Julian Edelman is being serious.

Edelman was asked last month if his connection with Tom Brady is as strong as ever, and the side of the New England Patriots receiver’s mouth turned up in a slight grin, as it does when he knows he’s about to get a laugh out of the media. He ignored the genuine inquiry and relayed a jenga game he played with the quarterback in Montana, of all places. Everyone cracked up.

Most quotes from inside the Patriots’ locker room can be taken at face value, but Edelman is known nearly as much for his viral Youtube videos and Reddit AMA non-sequiturs as he is for his play on the field. When the topic turns to Brady, Edelman typically is at his funniest.

But, wait, did Edelman and Brady really go to Montana together over the offseason?

He was serious. “Rocky training” to be exact.

Los Angeles used to be the setting of Edelman and Brady’s offseason workouts, but since the quarterback sold his house there, they decided to switch it up this July between the Patriots’ offseason workout program and training camp. So, after Edelman was back in the States following his trip to Israel, he headed to the mountains to join Brady’s family vacation.

“It’s just something that we always do,” Edelman said. “We always get together and we throw. This time it was in Montana, not L.A.”

But why pick the middle of nowhere, rather than, say, Brookline?

“We were there on an extended family vacation and thought it would be great to get some high-altitude training with Julian before training camp,” Brady told NESN.com. “It is a very private place with no distractions, so we could really focus on improving our timing and efficiency.”

It was Edelman’s first trip to Montana.

“It’s a beautiful place,” Edelman said. “Especially (for) me. I’m in L.A. or Boston or New York. Here, we’re in the sticks and everything, but out there, it’s like, crazy.”

Edelman and Brady strengthened their connection on and off the field, enjoyed the scenery, played some golf and, most importantly, avoided being eaten by black bears.

“There’s bears everywhere out there,” Edelman said. “I was terrified the whole time. We had bear spray on the golf carts, because we went golfing a few times. It was an ongoing joke that if you were in the woods, it would be like, ‘Bring the bear spray!’ But yeah, they see bears all the time, there’s bear attacks all the time out there. It’s crazy.”

He’s not lying. A bear was spotted wandering the halls of Patriots linebacker and Montana native Dane Fletcher’s old high school this week.

The bonding and on-field work between the longtime teammates appears to have paid off so far this season. Brady came into 2015 completing 68.7 percent of his targets to the Edelman. This season, Brady and the Patriots’ “Z” receiver have connected on 72.3 percent of the QB’s passing attempts. Edelman is on pace for his most productive season and currently ranks fifth in receiving yards per game with 99.8.

The receiver has 34 catches for 399 yards with three touchdowns and two rushes for 20 yards on the season. He has been targeted on 29.4 percent of Brady’s passing attempts, and he accounts for 24.7 percent of the Patriots’ total yards.

He’s on pace for a ridiculous 136 catches for 1,596 yards and 12 touchdowns, and that pace isn’t likely to slow down in the Patriots’ Week 6 revenge game against the Indianapolis Colts.

Perhaps next time Brady and Edelman — appropriately nicknamed “Squirrel” by his teammates — want to work on their chemistry, they can pick a locale where bear repellent isn’t required. 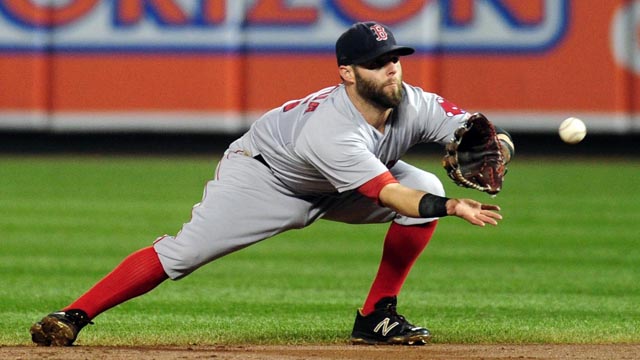