Red Sox A Loose Bunch To End Season Despite Shaky Beginning To 2015 - NESN.com Skip to content

CLEVELAND — It was the second-to-last game of the season. Nothing was at stake, aside from trying to stave off the team?s third last-place finish in four years.

Yet there was something refreshing about the visitors? clubhouse Saturday before the Boston Red Sox?s game against the Cleveland Indians at Progressive Field.

In a corner of the room sat Red Sox catcher Blake Swihart and first baseman/outfielder Allen Craig — two players at much different points in their respective careers — playing one of those giant stand-up arcade games. It?s a nice touch to the clubhouse in Cleveland, and Swihart and Craig took advantage of the perk by squaring off in ?Tecmo Bowl? and ?NBA Jam.? Two classics, to be clear.

Right behind them sat David Ortiz, who couldn?t help but marvel at Josh Hamilton?s two home runs Saturday against the Los Angeles Angels, in large because the Halos cut bait with the polarizing outfielder earlier this season and remain on the hook for a large portion of his contract as Hamilton made a bid to crush L.A.?s playoff hopes.

Several young players, including infielder Deven Marrero, held down the other side of the clubhouse. Marrero made sure to point out his alma mater when fellow Arizona State product Kole Calhoun homered for the Angels in the ninth inning of their incredible comeback win over the Texas Rangers.

Interim manager Torey Lovullo bounced around, chatting with both players and reporters. He engaged in a lengthy conversation with WBZ?s Jonny Miller, who later added to the day’s looseness by sitting at the podium alongside Lovullo for the fill-in skipper?s pregame media availability — a session that was pushed back roughly 15 minutes so the Red Sox could watch the Angels? comeback bid.

This was a team.

The Red Sox?s 2015 season has featured more lows than highs. A couple of high-priced free agents, Hanley Ramirez and Pablo Sandoval, failed to make an impact, Boston?s starting pitching struggled for the most part, and the club never really clicked until late July/early August.

Yet, as the team prepared for Game 161, there was a sense of camaraderie that perhaps will bode well for the future.

To be fair, a lot of the players present Saturday probably won?t be around in 2016 when the Red Sox (again) will start their season with World Series aspirations. And one could argue the meaninglessness of Saturday?s contest — and many games prior — greatly contributed to the laid-back atmosphere.

But in a season when the pieces never fit right, at least from an on-field standpoint, there was something to be said for the apparent bond as Boston played out the string. Everyone was glued to that Angels-Rangers game, and it seemed, more than anything else, like it was because they realized that scene — an important game with huge playoff implications — was what they were missing out on.

?We all know that championships are won with pitching and defense,? Lovullo said minutes later, when asked to reflect on Boston?s late-season success. ?The offense started to time well. A lot of the young kids started to perform and get results that they worked long and hard for. And everybody just came into their own. I think the timing and the moment happened because these guys worked hard to make it happen.?

College football chatter. Ortiz jokingly storming out of the clubhouse and declaring his buddy, Adrian Beltre, would drill a clutch home run against the Angels. Several others insisting it was ?a lock? that former teammate Mike Napoli would produce a big hit for Texas.

All were insignificant moments, really. But it still was a breath of fresh air on the final weekend. Things aren’t quite as bad as they so often seemed on the surface this season. 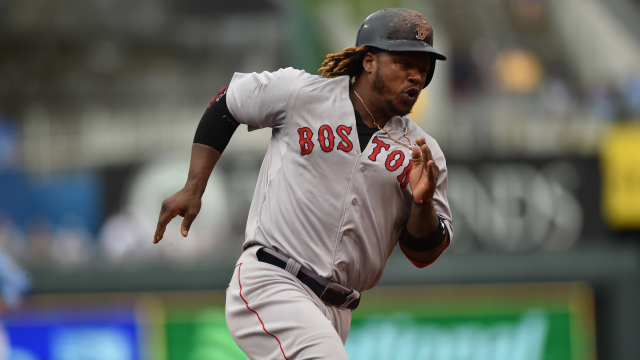 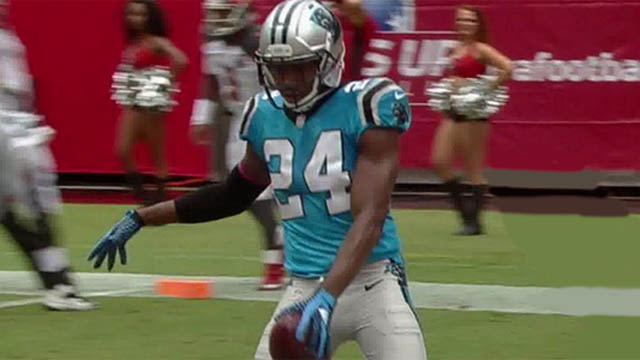