BOSTON — A hit to the head of Brad Marchand earned Gabriel Landeskog an early shower — and a swift punch to the jaw.

During the second period of Thursday’s Boston Bruins-Colorado Avalanche game, Landeskog leveled Marchand with a high, late hit near the Colorado blue line.

Marchand, who missed two games with a concussion earlier this season, was slow to get up. But once he did, he wasted no time in going after the Avalanche captain.

Marchand was slapped with a two-minute roughing minor for retaliating, but Landeskog was given a match penalty and ejected. Per NHL rules, he will be suspended indefinitely pending league review. 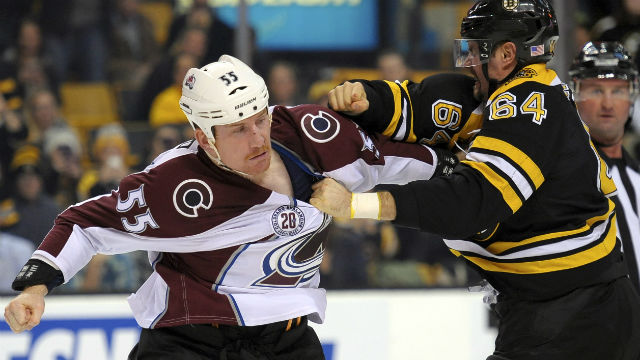