Unnamed Broncos Player Tries To Do Something Unspeakable To Tom Brady - NESN.com Skip to content

The Denver Broncos’ pass rush had a field day with the New England Patriots in Sunday’s AFC Championship Game.

Tom Brady was sacked four times and hit 20 times during the Patriots’ crushing 20-18 loss to the Broncos. DeMarcus Ware, Von Miller and Co. dominated the Patriots’ offensive line, but apparently that wasn’t enough for one unnamed Broncos pass rusher.

A Broncos player apparently wanted to embarrass Brady even further, and he described how he tried to do it in an interview with MMQB.com following the game.

You can see what the player said below, but it comes with a strong warning for explicit language.

?I tried to lay on him a few times,? one Broncos rusher told MMQB after the game. ?I tried to rub my nuts on his face.?

Regardless of the final score, something tells us that’s not a smart move, especially against a four-time Super Bowl champion. 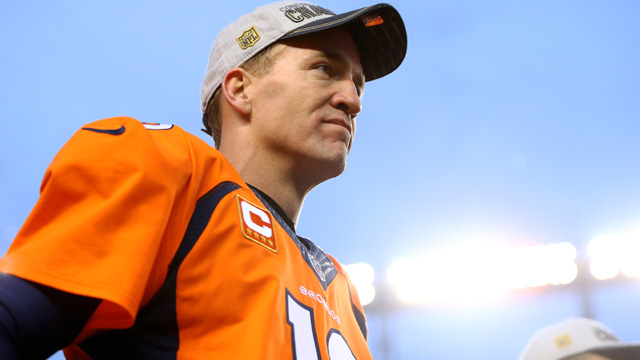