Jason Day Has Reached Top Of Golf Universe After Unlikely Path To No. 1 - NESN.com Skip to content

Not too long ago, Jason Day was known as one of the best golfers on the PGA Tour without a major championship. It wasn’t exactly a glowing title.

But his historic run since last summer has lifted him to the top of the golf universe.

The Aussie’s major drought did continue at the beginning of the summer after back-to-back top 10 finishes at the U.S. Open and British Open, but he finally won a big one in August at the PGA Championship. But the winning didn’t stop at Whistling Straits. Day was just getting started.

Day now has won six of his last 13 starts, which is something only Tiger Woods (heard of him?) has done since the turn of the century, although Woods has done it four times.

Day enters Augusta National as the No. 1 player in the world, and he also is riding the hot hand with victories in his last two appearances. He did lose 11 pounds recently due to flu-like symptoms, but he should be anyone’s favorite to win the green jacket.

But there was a time not too long ago when Day contemplated quitting, right across the street from Augusta National in his RV.

?I had my agent (Bud Martin), my wife (Ellie) and a sports psychologist with me,?? Day told reporters at Augusta earlier this week, via the New York Post. ?We?re just sitting there, and I?m like, ?I just do not like the game right now. I?m just having a very, very hard time picking up the golf club to even just enjoy myself out there.?

?We come to the conclusion of (me) just going and saying, this might be my last Masters ever playing, I may as well enjoy it. So I went out there and finished second ? and then I loved the game again.??

Long before that, Day’s unlikely path to No. 1 golfer in the world faced another major hurdle after his abusive father, Alvyn, died of stomach cancer when Day was 12 years old. Day started abusing alcohol, according to The New York Times, and his mother, Dening, ultimately sent him away to a boarding school.

Some people are born into opportunity, and others — like Day — aren’t. But he overcame his early exposure to alcohol and periods of wanting to quit to become the golfer and person he is today.

?Golf is a very, very frustrating game,?? Day told the Post. ?It?s a very difficult game at times, and especially as a professional. … Once you turn professional, everything is based on results. You get nit?picked in the media. Stats are always up saying he doesn?t drive it straight enough or hit enough greens or whatever it is. Then you have to perform, because if you don?t perform, then you?re off the Tour.

?… It?s emotional highs and lows in the game of golf, and times when you?re going through very, very rough times and you?re hating the game. Usually, it?s because you?re not working hard enough — and it was. But, when you?re thinking about getting rid of caddies and coaches and agents and sometimes wives — that wasn?t me, trust me — you have to pull your whole team in together. You have to pull them tighter and you have to feed off them a lot more.

?At that time, it was a tough time, but I?m glad I got through it and sitting here today No. 1 in the world.??

Day has been incredibly open heading into the Masters about the troubles he’s faced on and off the golf course. But much has changed since that dark day in his RV. He is on top of the golf universe now, and he just keeps on winning. 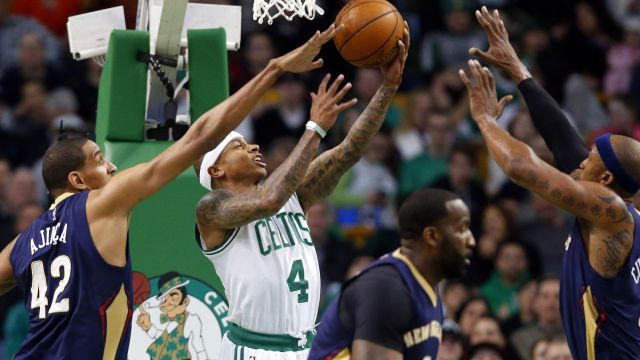