FOXBORO, Mass. — The New England Patriots officially reported for training camp Wednesday, one day before their first fully padded practice of the summer.

— Running backs coach Ivan Fears spoke frankly about the state of his unit, which features a No. 1 back who is recovering from an ACL tear (Dion Lewis) and a wide-open roster battle behind him. Fears said last year’s performance will have no bearing on this summer’s competition.

?Let?s put it this way: That?s a lot of, we call it fantasy land,” Fears said. “That?s in the past. It doesn?t get you one thing this year — not one play. It?s not getting you a play. They?re going to have to do it all over again. We?re starting all over again. That?s the way it goes, and they?ve got to do it every time we get up there.

“Every time they line up, they?ve got to do it all over again. That?s the nature of the game. You?re not giving us any credit for what we did last year. It?s as simple as that. Neither are the fans. It doesn?t count in the standings. It doesn?t count anywhere. It?s last year?s stuff.”

Lewis, who will begin camp on the physically unable to perform list, is the only roster lock at running back, though LeGarrette Blount’s job should be safe, too. James White, Donald Brown, D.J. Foster, Brandon Bolden, Tyler Gaffney and Joey Iosefa likely are fighting for two spots.

— The Patriots will see a familiar face on the opposite sideline in Week 1 — defensive end Chandler Jones, whom New England traded to the Arizona Cardinals in arguably the most significant deal of the offseason.

McCourty played four seasons with Jones, but he said it won’t be strange to see the ex-Patriot in a different uniform.

“I?m used to seeing guys that I?m teammates and friends with (on other teams),” he said. “My twin brother (Tennessee Titans cornerback Jason McCourty) plays on another team, so I don?t think it gets anymore awkward than that. It?s just a part of the business.”

— As likely will be the case throughout camp, a great number of questions asked Wednesday centered around Jimmy Garoppolo, who will begin the season as the Patriots’ starting quarterback while Tom Brady serves his four-game Deflategate suspension.

McCourty and Slater both spoke highly of the 24-year-old signal-caller.

“The cool thing with seeing Jimmy, I was a veteran when he came in as a rookie (in 2014), and he?s just been developing,” McCourty said. “Each time he steps on the field, he gets better and better. I think it?s probably very exciting for him knowing the work he?s put in. I think for other guys on the team, you know he?s a hard worker, so I don?t think there are worries or anything like that. He?s a confident kid, and he?s been out here practicing hard.”

Slater, who talked up the impact Brady still can make despite his suspension, echoed McCourty’s sentiments.

“He?s prepared himself for a moment to play since he got in this league,” Slater said. “He?s worked for it, and we believe in his abilities, and we know that he?s going to go out to give us everything he has.” 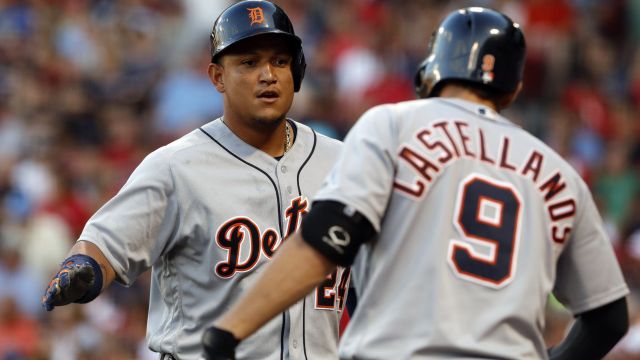 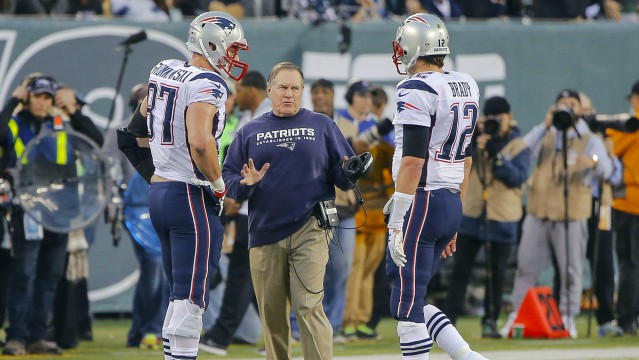