New England Patriots tight end Rob Gronkowski made his return from a hamstring injury in Week 3, but the All-Pro hasn’t looked right since returning.

Gronkowski has been relatively quiet in the two games since, and some wondered whether the Patriots were electing to ease him back into the fold. That might be true, but it might have more to do with Gronkowski’s hamstring injury than maybe we realized.

“He’s not himself,” Garafolo said. “I had two calls (Monday). One guy who’s semi-connected to Gronk said, ‘How are you guys not paying more attention?’ This guy is not right. That hamstring has not come along like they thought it was going to.’

“I had another guy say that if you watched that game (Sunday), they kept him in to block way more than they usually do,” he continued. “They didn’t let him get down the field. Everything was kind of short and intermediate.”

The Patriots know. That's why he's out on so few routes https://t.co/9fPmv39aFx

However, the impending return of Tom Brady on Sunday in Cleveland could go a long way in revealing Gronkowski’s true status.

“I don’t know if they want (Gronkowski) to open it up,” Garafolo continued. “I think of part of it is, ‘We’ve got Brissett and we can’t do too many things because of the thumb and because he’s rookie,’ so why risk it and have him go down the field trying hit the seam and have the hamstring pop again?

“This week is going to tell you where he is, because now Brady’s back. If he’s not hitting those seams the way we usually see them, you’ll know that hamstring really isn’t right.” 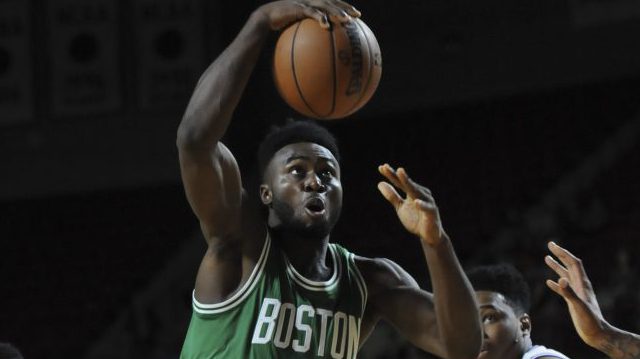