Can you believe we’re already at Week 10?

Well, you better believe it, because the weekend is fast approaching, and you only have a few more days to set your daily fantasy lineups for the exciting slate of games.

Luckily for you, we’re here to help with our DraftKings picks for Week 10.

Quarterback: Carson Wentz, Philadelphia Eagles ($5,400)
Wentz has looked a bit more like a rookie lately, but he’s still a smart play this week. Why? Well, it has everything to do with the Eagles’ opponent. The Atlanta Falcons have one of the most exciting offenses in the league, but their defense couldn’t possibly be much worse, as it’s allowing a whopping 28.8 points per game.

Running Backs: Devontae Booker, Denver Broncos ($7,000); Jonathan Stewart, Carolina Panthers ($4,900)
After finally posting touchdowns in back-to-back weeks, Booker struggled mightily in the Broncos’ loss to the Oakland Raiders, However, he does have a favorable matchup this week against the New Orleans Saints that should help him get back on track.

Stewart is in a similar situation. He started off his injury comeback with back-to-back fantasy football gems, but his numbers were down considerably last week against the Los Angeles Rams. Yet the Kansas City Chiefs surprisingly are in the NFL’s bottom 10 statistically against the run.

Wide Receivers: Jordy Nelson, Green Bay Packers ($7,500); Alshon Jeffery, Chicago Bears ($6,600); Jordan Matthews, Eagles ($5,900)
Nelson has at least one receiving touchdown in all but two games, and he’s had two straight 94-yard performances. That, coupled with the Tennessee Titans as the Packers’ Week 10 opponent, should equal a good game for Nelson.

Nobody probably was more happy to see Jay Cutler back than Jeffery. He finally caught his first touchdown on Halloween, and the Bears’ next opponent, the Tampa Bay Buccaneers, aren’t very good at stopping, well, anything.

Remember what we said about the Falcons earlier? Well, the same applies for Matthews this weekend. Atlanta has allowed a whopping 23 passing touchdowns so far, and Matthews came close to 100 receiving yards in his last start.

Tight End: Jason Witten, Dallas Cowboys ($4,000)
Witten came up big for daily fantasy football players last week with 134 receiving yards and a touchdown. A trip to Pittsburgh to face the Steelers isn’t an easy task, but we’ll ride the hot hand this week.

Flex: Tyrell Williams, San Diego Chargers ($5,700)
The Packers aren’t known for their defense, and Williams has been at least decent in pretty much every Chargers game not against the Broncos. He caught a touchdown and had 65 receiving yards last week.

Defense: Los Angeles Rams ($2,900)
Would we normally recommend starting the Rams’ defense? Probably not. But it’s not every week you get to face the New York Jets. 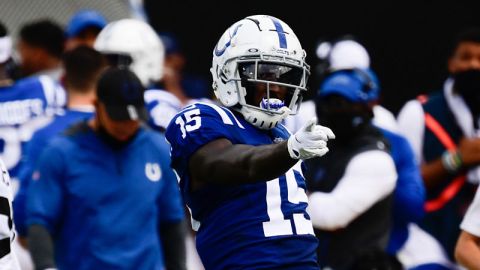 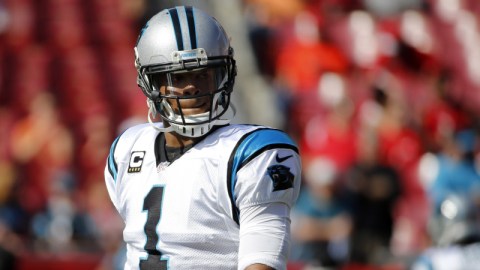