Devin McCourty recovered a Jordan Norwood fumble in the game’s final moments to put the finishing touches on a 16-3 Patriots victory.

With the win, New England clinched its eighth consecutive AFC East title and a first-round bye in the upcoming NFL playoffs.

Fourth quarter, 2:00, Patriots 16-3: A boneheaded decision by T.J. Ward might have just sealed a victory for the Patriots.

Tom Brady missed his mark on third-and-3, but Ward chosed to suplex Julian Edelman to the turf after the whitle had blown.

As the safety flexed to the crowd, a flag flew in. Unsportsmanlike conduct, 15-yard penalty, automatic first down.

Fourth quarter, 6:04, Patriots 16-3: Devin McCourty just made one of the plays of the game to halt Denver’s most promising drive since the second quarter.

Trailing by two touchdowns, the Broncos decided to go for it on fourth-and-2 from the Patirots’ 30-yard line. Trevor Siemian hit Demaryius Thomas along the right sideline, but McCourty at the same time the ball did, leveling the wideout with a massive hit.

The contact caused Thomas to lose control of the ball, resulting in a turnover on downs. — Z.C.

The drive began with 34- and 14-yard completions to Martellus Bennett and Malcolm Mitchell, respectively. It was Mitchell’s first reception of the game. — Z.C.

Fourth quarter, 10:56, Patriots 13-3: Trey Flowers and Malcom Brown teamed up to bring Trevor Siemian to the ground on third down, forcing another Broncos punt. Brown was credited with the sack, his third of the season.

That was the fifth consecutive three-and-out for Denver, which had yet to pick up a first down in the second half. — Z.C.

The Patriots' defense has been phenomenal in this second half. Three-and-out after three-and-out. pic.twitter.com/IoglHqXCm0

Fourth quarter, 12:33, Patriots 13-3: New England was unable to gain much ground on its latest possession, picking up just 4 yards on three pass plays before punting it away. Ryan Allen’s boot was a good one, pinning Denver at its own 11-yard line. — Z.C.

Fourth quarter, 13:39, Patriots 13-3: The Broncos went three-and-out to begin the fourth quarter. The Patriots now take over at their own 35-yard line. — Zack Cox

End third quarter, Patriots 13-3: The Patriots picked up three first downs before being forced to punt. Matthew Slater downed it at the Broncos’ 7-yard line.

Third quarter, 4:25, Patriots 13-3: The Patriots’ defense responded to the score with another three and out. They’ve been dominant in the third quarter so far. The Patriots have the ball on their own 10-yard line after a return for no gain by Edelman combined with a holding penalty on Brandon Bolden.

Third quarter, 5:28, Patriots 13-3: The Patriots went up two scores after a length drive. They went 61 yards on 11 plays. Brady made two key third-down conversions to Edelman, who has six catches for 75 yards on the afternoon.

Third quarter, 10:40, Patriots 10-3: And the Patriots forced another three-and-out. We’ve got a defensive battle on our hands. The Broncos weren’t helped by a holding penalty on second down.

The Patriots have the ball on their own 17-yard line after the punt.

Third quarter, 12:16, Patriots 10-3: The Patriots’ defense responded with their own three and out. Rookie left guard Joe Thuney gave up his second sack of the game on third down to Broncos edge rusher Shane Ray.

Third quarter, 13:29, Patriots 10-3: The Patriots forced a third and out thanks in large part to a first-down sack by defensive end Jabaal Sheard. Tight end AJ Derby, who the Patriots traded to the Broncos for a fifth-round pick, dropped a pass on third down. The Patriots have the ball on their own 25-yard line after the punt.

End half, Patriots 10-3: The Broncos ran one play then departed for the locker room. The Patriots lead at the half.

Second quarter, :32, Patriots 10-3: The Patriots were forced to punt after Brady failed to hit Lewis deep then completed a 1-yard pass to Martellus Bennett.

The Broncos have the ball on their own 20-yard line.

Trey Flowers picked up his sixth sack on the season, and Kyle Van Noy made a key stop for a loss of 6 yards on third down to force the punt.

Eric Rowe has had a tough game so far, allowing three catches on three targets for 43 yards.

Brady got going after being strip sacked on first down. He then went 4 of 4 for 57 yards with three targets going to Edelman for 44 yards.

Dion Lewis appeared to reach in for the touchdown, but it was ruled a fumble on the field. Lewis recovered.

Blount scored on the next play, breaking the Patriots’ single-season rushing TD record. He has 15 touchdowns on the season.

Second quarter, 14:50, 3-3: Logan Ryan just made a game-changing pick. The Broncos were driving inside the red zone, and Ryan picked him off and returned the ball 42 yards to near midfield. That’s Ryan’s first interception of the season.

First quarter, 4:15, 3-3: The Patriots started moving the ball but stalled as Brady began passing again. Lewis has seven carries for 37 yards while Brady is now 0 of 6 to start the game.

First quarter, 6:58, 3-3: The Patriots let up a couple big chunks of yardage then stopped the Broncos in the red zone to force a punt.

The Patriots’ offense needs to get going now.

Brady is 0 of 4 so far with three targets to White and one to Julian Edelman.

First quarter, 11:18, Patriots 3-0: The Broncos gained a first down on a 13-yard carry by Justin Forsett. The Patriots forced a punt after preventing another move of the chains.

Rookie Jonathan Jones got the start as the Patriots’ third cornerback over Eric Rowe.

First quarter, 13:30: The Patriots went three and out to open the game. Dion Lewis carried the ball twice for 7 yards, then Tom Brady’s third-down pass to Julian Edelman was batted at the line of scrimmage.

Ryan Allen’s punt was muffed by Jordan Norwood and recovered by Patriots rookie Jonathan Jones at Denver’s 31-yard line. The Patriots catch a break to start the game.

First quarter, 15:00: The Patriots lost the coin toss, and the Broncos chose to defer. The Patriots will receive to start the game. Dion Lewis is back for the kick.

4:15 p.m.: Based on pregame warmups, it appears Malcolm Butler and Logan Ryan will start at cornerback. You’ll likely see Butler on Emmanuel Sanders and Ryan on Demaryius Thomas.

— Floyd will wait another week to make his Patriots debut.

— Either Julian Edelman or Patrick Chung likely will take on punt return duties with Jones, Foster and Amendola out. Jones struggled with ball security on punt returns and let up a 47-yard catch Monday against the Baltimore Ravens.

Eric Rowe was spotted, so he could be making his return from a hamstring injury.

The streets leading to Sports Authority Field at Mile High still are covered in snow, and there’s still snow coating the stadium stands.

8 a.m. ET: The New England Patriots are back in Denver to try to break a two-game losing streak against the Broncos.

The Patriots dropped a late November regular season matchup and the AFC Championship Game against the Broncos last season. A Patriots win Sunday would increase the chances of the Broncos being booted from the postseason. Denver is 8-5 and has matchups remaining against the Kansas City Chiefs and Oakland Raiders after this week.

Here are some of the biggest questions entering this game:

— Who returns punts for the Patriots?
Cyrus Jones has had major ball security issues as a returner. He has five fumbles on the season including muffed punts in consecutive weeks. Danny Amendola has a high ankle sprain and the Patriots released Griff Whalen. The Patriots could elect to play it safe by using Julian Edelman and/or Patrick Chung for punt returns. They also could see what D.J. Foster can offer in the role.

Whether Jones is even active likely depends on whether Eric Rowe can play. Rowe is questionable with a hamstring injury suffered in Week 13. He sat out Week 14, and Jones served as the No. 3 cornerback. Jones let up one 47-yard catch on two targets.

— Will Michael Floyd be active for the Patriots?
Floyd was claimed off waivers from the Arizona Cardinals on Thursday after he was arrested on DUI charges Monday. Patriots head coach Bill Belichick announced Floyd would travel to Denver, but the receiver won’t suit up, a source told ESPN’s Adam Schefter.

? Will Todd Davis be active for the Broncos?
Broncos starting linebacker Brandon Marshall already was ruled out for Sunday?s game with a hamstring injury. Davis, their other starting linebacker, sat out two practices and was limited Friday with a rib cage injury. He?s officially questionable to play.

The Patriots only ruled out Amendola so far this week. They must declare six more inactives Sunday an hour and a half before the game. It seems Floyd will be one of those. 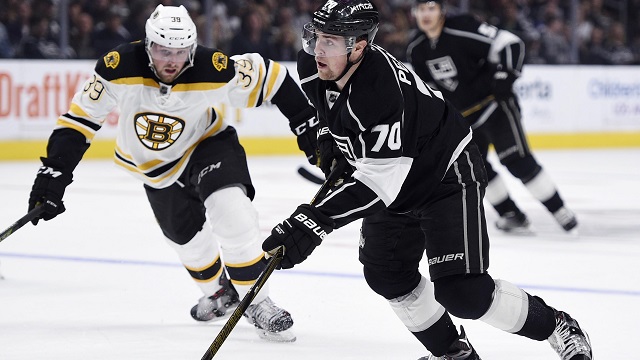 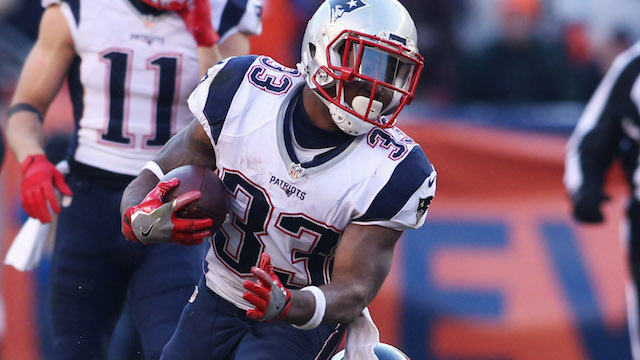