Nick Caserio Is On An Island As Patriots' Hands-On Pseudo General Manager - NESN.com Skip to content

FOXBORO, Mass. — Sunday’s afternoon’s matchup between the Patriots and Dolphins could have been much more interesting if New England’s current director of player personnel, Nick Caserio, took Miami’s general manager job in January 2014.

Caserio turned down the position, and the Patriots and Dolphins diverged down different paths. The Patriots won two Super Bowls and have gone 54-13 since that interview, while the Dolphins essentially are right back where they started when they fired Jeff Ireland and were looking at Caserio. They hired Dennis Hickey when Caserio turned them down, fired him after two seasons and brought on Chris Grier.

In this alternate universe where Caserio took the job, perhaps Sunday’s game features Bill Belichick vs. Josh McDaniels, head coach of the Dolphins. Maybe it’s Caserio in the ear of McDaniels during the game, relaying formations, down, distance and personnel. It would be Caserio taking on a pseudo-coaching role during the week, throwing passes to Dolphins receivers and defensive backs during practice, showing off the form and follow-through he learned as quarterback of John Carroll University back in the late 90s, when McDaniels was a QB-turned-wide receiver, not yet an offensive mastermind.

Instead, Caserio is still Belichick’s trusted confidante, manning all of those roles as the No. 2 in the Patriots’ front office. He’s one of a kind. Belichick was asked Friday if Caserio’s role in practice and on game days is unique for a director of player personnel. Belichick took it one step further.

“Yeah, rare,” Belichick said. “I mean, name me another one.”

Uh, we can’t. Caserio’s like some sort of cyborg unicorn.

“Nick does a great job, and he has a great interaction and understanding of what?s going on on the coaching side of it,” Belichick said. “Yeah, so, he’s involved in the day-to-day coaching part of it. He?s certainly involved in all of the personnel aspects of his job, college, pro, free agent workouts, waiver, everything. But you throw all of the coaching stuff on top of that, the week-to-week role in the press box and on the practice field. I mean, he does a tremendous amount.

Caserio has a background in coaching and scouting within the Patriots organization. He came to the Patriots as a personnel assistant in 2001 before becoming an offensive coaching assistant in 2002. He moved back to scouting in 2003 as an area scout and quickly moved up to director of pro personnel from 2004 to 2006. He spent the Patriots’ undefeated regular season as wide receivers coach then moved up to director of player personnel in 2008. He has stayed in that role since and reportedly signed an extension in 2014 to keep him on board through the 2020 season.

“Nick?s a great friend,” quarterback Tom Brady said Friday. “I mean, I?ve known Nick since I got here. He?s been here a long time in a lot of different roles, from coaching receivers to filling in wherever we need to. Obviously, in his role now, I think everyone has a lot of trust in what he does.

“He?s out there on the practice field throwing to people — you guys see, I?m sure — but it is really unique. It?s fun to have someone do that, to kind of embrace that challenge. Nick was a quarterback in college, but I think he?s better in his role now than he was a quarterback because I saw some film. But, he?s doing the right thing and he?s a great friend. So, really impressed with him.”

So, what about that form that he shows off every day in practice from college?

“His throwing form? It?s terrible,” Brady said smiling. “Terrible. You probably have a lot of elbow pain with that technique.”

Ouch. (For the record, other players on the Patriots were impressed with Caserio’s throwing ability.)

Caserio better stick to his day jobs. It’s unclear how the Patriots would handle it if Caserio moved on from them. 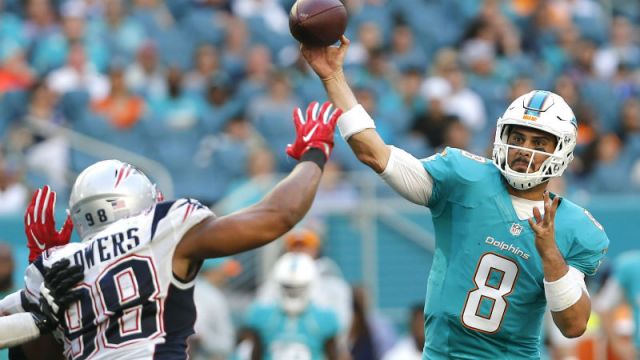 Patriots Vs. Dolphins Preview: What To Watch For In AFC East Matchup 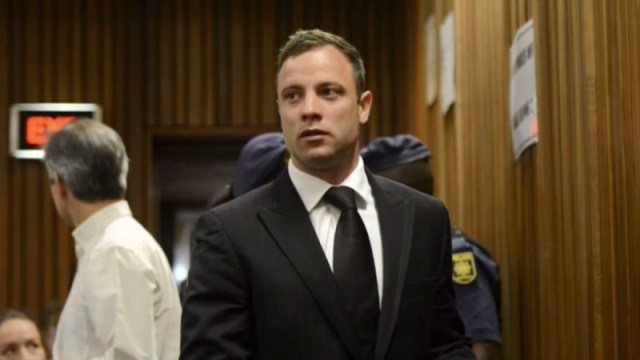