McKayla Maroney is fighting for her right to talk about USA Gymnastics’ dirtiest secret.

The Olympic gymnastics gold medalist sued USA Gymnastics, the U.S. Olympic Committee, Michigan State University and Dr. Larry Nassar on Wednesday in California over their handling of allegations of Nassar’s sexual abuse of gymnasts while he was the U.S. women’s gymnastics team doctor, according to USA TODAY’s Tom Schad.

Maroney claims in the lawsuit USA Gymnastics forced her to sign a confidentiality agreement, under which she couldn’t publicly accuse Nassar of his crimes. Maroney says she needed settlement money, which the Wall Street Journal reports is worth $1.25 million, in order to receive a financial settlement she needed to pay for psychological treatment.

Maroney alleges USA Gymnastics “had a plan to keep the sexual abuse of Nassar quiet, and allow Nassar to quietly leave USAG; further silencing his victims.”

USA Gymnastics said in a statement the confidentiality agreement was initiated by Maroney’s former attorney, Gloria Allred, and the former Olympian willingly signed it.

But Maroney’s new lawyer, John Manly, told ESPN she signed it while suffering emotional trauma from other gymnasts coming forward with their allegations of sexual abuse by Nassar, according to ESPN.

Maroney violated the agreement in October when she accused Nassar of sexually abusing her from age 13 through the 2012 Olympics where she helped USA win the team gold medal. She left competitive gymnastics in 2016.

Nassar pleaded guilty to a federal child pornography charge and is serving a 60-year prison sentence. He also is facing 22 counts of first-degree criminal sexual conduct brought about by over 100 women. Nassar  worked with USA Gymnastics from 1986 to 2015 as a trainer and team doctor. USA Gymnastics fired him in 2015 amid allegations of sexual abuse. Michigan State University also fired him in 2015 for similar reasons. 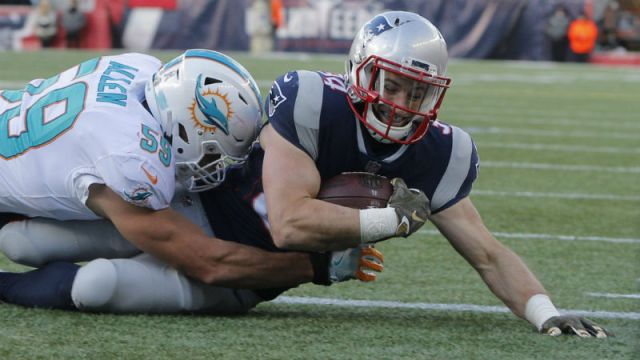