The suggestion sure is bold. And maybe even reasonable if the Boston Red Sox would like to keep pace with the New York Yankees, who just traded for Giancarlo Stanton.

But don’t expect Boston to add two big-name sluggers this offseason, as Red Sox president of baseball operations Dave Dombrowski basically shut down the possibility Monday while talking with reporters at the Major League Baseball Winter Meetings in Orlando, Fla.

“I don’t know where we’d play two bats,” Dombrowski said, per MassLive.com. “I’m trying to figure that one out. I would say we’d probably be more limited to one bat.

“I guess if we went for a platoon type guy or something,” Dombrowski added. “But I don’t really know where that second bat would play.”

Dombrowski’s comments come on the heels of The Boston Globe’s Nick Cafardo reporting Monday that agent Scott Boras, who represents outfielder J.D. Martinez and first baseman Eric Hosmer, would love for both highly regarded free agents to land with the Red Sox this offseason. The Boston Herald’s Michael Silverman even wrote in a column Sunday why signing both would make sense for the Red Sox.

Boston, of course, could make a corresponding move to open two lineup spots. But Dombrowski shot down the rumor he was shopping center fielder Jackie Bradley Jr, and it seems extremely unlikely the organization would consider trading either Mookie Betts or Andrew Benintendi, both of whom are considered franchise cornerstones. Hanley Ramirez, meanwhile, is slated to be Boston’s first baseman or designated hitter in 2018. 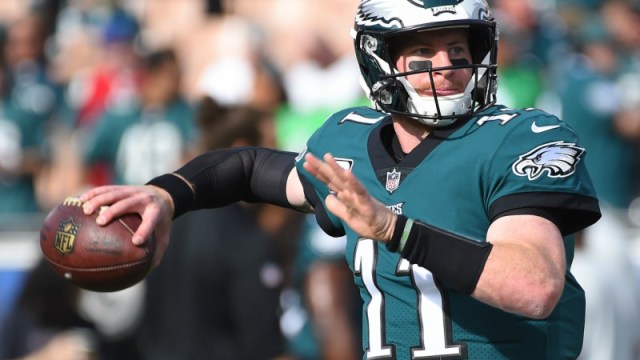 Eagles’ Carson Wentz Vows To Return From Injury ‘Stronger Than Ever’ 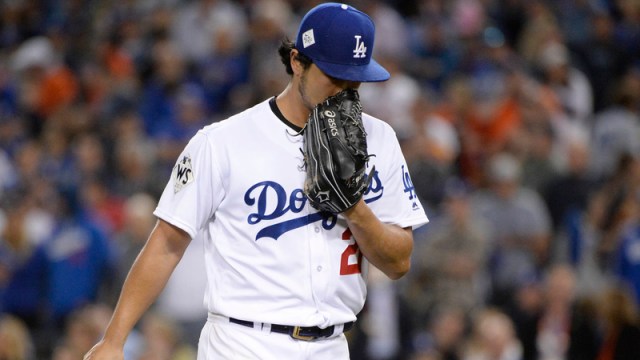 Here’s How Yu Darvish Was Tipping Pitches In World Series, Per Astros Player