Let’s get right into it.

Which of our FA’s do you think are going to stay and which ones will end up leaving? Will we put the franchise tag on anyone this offseason?
— @anthonyerskine7
It’s a little early for this question since we’re only in the divisional round of the playoffs, but let’s do it. I don’t see them using the franchise tag.

And the real tough one:
RB Dion Lewis: At this point, I’d be a little surprised if he stays. I think he’s played his way into a big contract, and I’m unsure the Patriots will be willing to pony up the kind of dough he’ll command on the open market. The Patriots just signed James White to a three-year, $12 million contract. Would they be willing to sign another running back to a long-term deal worth around $5 million per year? That certainly hasn’t been their modus operandi since Bill Belichick took over as head coach in 2000.

Lewis is great, but it’s not as if he doesn’t come with a set of risks. He’s missed over half of his total possible games since coming into the league in 2011. He had a monster season and should be rewarded handsomely. There are teams out there with more cap room, like perhaps the San Francisco 49ers and Detroit Lions, who can pay him more.

I know it?s an early #maildoug but any first guesses on a potential qb in the upcoming draft
— @adamdelong11
It’s so difficult to tell, because Kevin O’Connell, Ryan Mallett, Jimmy Garoppolo and Jacoby Brissett don’t exactly share a ton of similarities.

I think they’ll pick someone who was more accurate in college than Jacoby Brissett. Brissett’s inaccuracy was a big hindrance during his time with the Patriots.

I’ll say that Mason Rudolph sounds the most like a Patriots quarterback while conducting interviews.

Who do you expect to see in the rotation at LB vs TEN? #MailDoug
— @TimBrody80
I would like to see Flowers, Kyle Van Noy and James Harrison get the majority of snaps at linebacker. I think Flowers is a good fit for the inside role with speedy Marcus Mariota at quarterback, and Van Noy and Harrison would play on the outside.

I’m sure Elandon Roberts will get a fair share of snaps at inside linebacker on early downs with Derrick Henry at running back, though.

What?s your Draft priority ?
DE
OT
LB?
— @quiquegaray
I think the top needs, regardless of what they do in free agency, are at quarterback and linebacker. They need an heir to the throne at quarterback, and they need more talent at linebacker.

Will the pats elect to take the ball to start the game and try to put it way before the half or will they do the standard defer? If they win the toss of course
— @seanckrueger
I think they’ll defer, like usual. Tony Romo helped explain why the Patriots like to defer on a broadcast this year.

It’s because fans are in their seats for opening kickoff. So, if the opposing offense starts with the ball, the hometown fans will make more noise to aid the defense at the start the game. Fans are still getting food and going to the bathroom when the second half begins. So, it makes sense for the home offense to have the ball when the stadium is quiet.

Deferring works for the road team, as well, if you flip it. If you’re playing in an opposing stadium, you don’t want to deal with noise on offense to start the game. So, you give the ball to the opposing team. Then you take the ball in the second half while fans are still in the concourse.

Patriots safety Duron Harmon seems to have taken over coin toss duties from Slater, by the way.

Who?s the most likely player to have a breakout performance in the playoffs?
— @DanielVConnolly
That’s tough. Let’s go Adam Butler. Undrafted free agents named Butler tend to come up big in the playoffs for the Patriots.

Did you here the nonsense that came out of @maxkellerman trashy mouth
— @swagg_z0mbie
You guys have to stop caring about what those hot-take artists say. You’re just being a pawn in their game.

Will Tom Brady suck the spinal fluid out of Mariota to supplement his avacados ice cream?
— @brayallp
Nah, that seems aggressive.

Will the #noise affect the Patriots during the playoffs?
— @Ayush_Gupta03
The Patriots? Pfft. They’re the masters of ignoring noise.

On that note, though, I don’t think the noise that typically emanates from Gillette Stadium will affect the Titans much this weekend either. (This is my challenge to Patriots fans attending the game this Saturday, especially those in the red seats, to actually be loud.)

Do you think a limited Rex GOAThead gets the goalline touches or is it all Dion all the time Saturday night?
— @Hump_Bumgardner
If Burkhead is active, I would expect him to get goal-line carries. Lewis has previously made it clear that’s not his role on the team.

Are you a very stable genius?
— @ChefdDds89
Neither.

With Patricia almost gone, Greg schiano in ?
— @cote_phil
I can’t see the Patriots hiring replacement coordinators who haven’t previously worked under Bill Belichick. The Patriots like their system.

#maildoug If Belichick could get Le’Veon Bell for $12M/yr would he sign him? I say no way- what say you?
— @MrQuindazzi
I think I’m with you. I don’t think Belichick would be willing to tie up that much cap room in a running back.

Sorry for the #hottaek on 1960s Americana rock. Hope I didn’t trigger anyone.

Assuming everyone is ready to go and throw in Malcolm Mitchell as well. If you had to predict who will be Saturday?s inactives?
— @TommyG64010544
Oh jeez. So, I have to pick eight to make room for Mitchell?

I have no idea who to pick for the final guy. TE Jacob Hollister? DE Eric Lee? LB Elandon Roberts? One of the cornerbacks?

I’ll go Hollister, I guess. But I’m very not confident in that choice.

I noticed that in the 3 Patriot losses this season, they scored less points then their opponent. How big of a factor is point scoring in their playoff game?
— @JosBaskinRobin
Ooh, great point Josh. I do think this game will definitely come down to points.

The Patriots should be in pretty good shape. They ranked second in points scored and fifth in points allowed this season. The Titans, meanwhile, had a negative point differential.

Would Jimmy G lead this pats team to a win Saturday if he started?
— @prayucatchbey
Brian Hoyer might be able to. Heck, Nick Caserio might lead them to a win, even if Tom Brady doesn’t like his throwing form.

Who is this years MVP among the Patriots beat writers?
— @praalhans
Me.

Can you explain what is in the “coaches film”? What are the differences from the film the fans see
— @rankjas
There are two angles for coaches film. The sideline angle is shot from the 50-yard line and shows all 22 players on the field. That allows coaches to see everything that’s happening. The other angle is shot from the end zone and gives coaches a better angle of the trenches.

Here are the two angles. What was the funniest time you?ve seen a reporter get shut down by Belichick during a press conference?
— @Cheech_n_Jon
I just like when Belichick answers a question with, “I don’t know.” I always think that’s funny.

Gonna make you dig deep on this one: what went wrong with Alfonzo Dennard in 2014? Disappeared from the defense because of depth then cut at a time where we thought the team needed CBs. Claimed by Arizona then waived shortly after. What went wrong? Play? Off field? Injuries?
— @TheKaitoKid29
Off-field.

For sake of Bill’s mood why don’t all of the beat reporters collectively agree that whoever asks Bill the first question in his press conference, it should be about special teams? These questions get him in his happy place. #MailDoug
— @artiejj
That’s not a bad idea, Artie.

Your name reminds me of a guy I saw working at CVS this evening named Arnie. There aren’t enough Arnies out in the wild these days.

@DougKyed What?s your prediction on Brady?s life after football? Does he go into coaching or front office/ownership?
— @edrotella
Neither. I think he tries to make TB12 a thing.

what rule will be broken or stretched to ensure a victory against the Titans?
— @kurtiV04
I think this fella was serious.

To answer honestly, clearly the Patriots will be playing with deflated footballs once again. The NFL will inflate them in a heated locker room then bring them onto a field that will be 27 degrees and dropping at kickoff.

Fortunately, though, I think the NFL discovered the ideal gas law sometime after Tom Brady was suspended four games.

(Seriously though, NFL. Please don’t test those footballs. They will appear deflated, and Patriots fans are very on edge right now. They don’t need this. I’m sorry for even joking about it.) 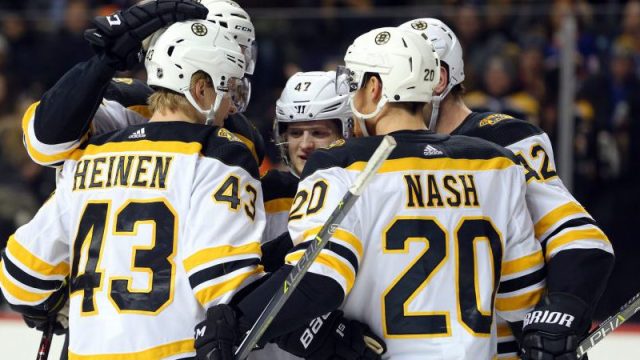 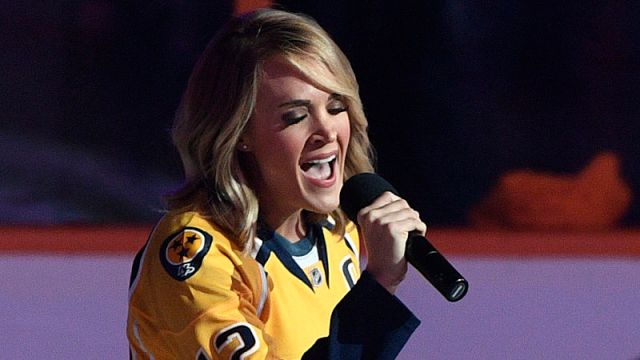