This Canadian Player Wanted No Part Of Her Silver Medal After Loss To USA - NESN.com Skip to content

Team Canada isn’t used to losing in women’s Olympic hockey. And at least one of its players isn’t interested in accepting consolation prizes.

As is custom, both sides were presented with medals after the game — American players with gold and Canadian players with silver. But Canada defensewoman Jocelyne Larocque, understandably upset following the loss, didn’t feel like wearing a silver medal.

So, she took it off. That’s Larocque on the second to left, and she appeared to be the only Canadian not wearing her silver medal.

Television cameras caught her removing the medal immediately after it was placed around her neck.

Some would view Larocque’s move as poor sportsmanship, but it’s more just a spontaneous expression of frustration: The medal ceremony happened just minutes after the game ended, so the loss still was very fresh for Team Canada, which had won gold at the previous four Olympics and expected to do the same in Pyeongchang. You know what they say: Second place is just the first loser. 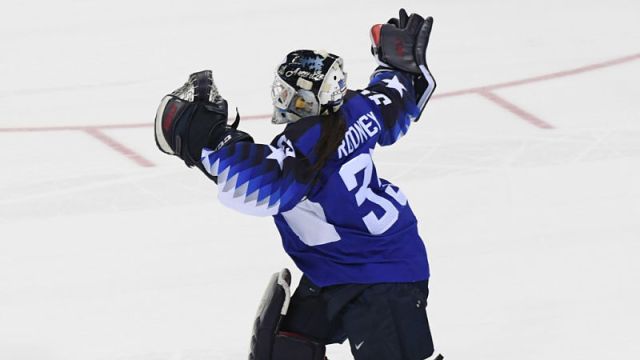