The New England Patriots might not have drafted their quarterback of the future this weekend, but they did draft a quarterback.

They waited until late in Day 3 of the 2018 NFL Draft to do so, selecting LSU’s Danny Etling with the first pick in the seventh and final round on Saturday (No. 219 overall).

Etling, who was not among the various quarterbacks linked to the Patriots during the pre-draft process, completed an even 60 percent of his passes as a senior last season, throwing 16 touchdown passes with just two interceptions. The 6-foot-2, 222-pound signal-caller began his college career at Purdue before transferring to LSU after his sophomore season.

Among draft-eligible quarterbacks, only Baker Mayfield, Mason Rudolph and Logan Woodside had a higher yards-per-completion average in 2017 than Etling’s 9.0 mark, which was ranked ninth among all qualified FBS quarterbacks. 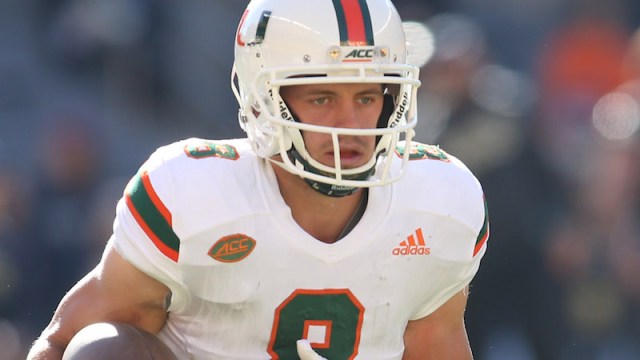 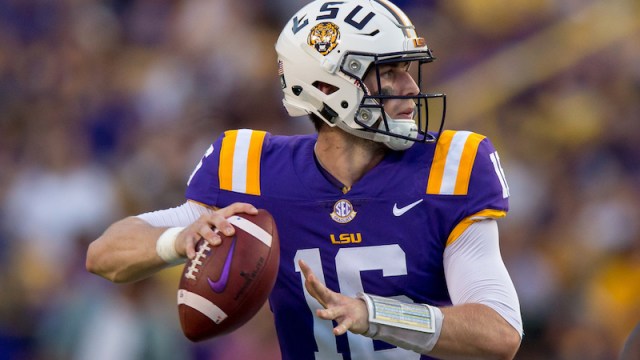 What Are Patriots Getting In Seventh-Round LSU QB Danny Etling?