— Day 1 of OTAs was closed to the media, meaning Tuesday’s session was the first time reporters were able to see the Patriots’ various newcomers take the field for their new team.

One of those new faces was wide receiver Jordan Matthews, who signed with the Patriots last month after one disappointing, injury-riddled season with the Buffalo Bills.

Matthews, who’d been a productive slot receiver for the Philadelphia Eagles before being traded to Buffalo last summer, underwent thumb surgery in October, then was placed on injured reserve in early December after suffering a knee injury. He appeared in just 10 games for the Bills before being released, catching 25 passes for 282 yards and one touchdown while playing in one of the NFL’s worst passing offenses.

The Patriots are hoping Matthews can replicate the production he showed in Philadelphia, where he surpassed 65 catches and 800 receiving yards in each of his first three pro seasons.

Now healthy, the 25-year-old said he’s just happy to be back on the field.

“It’s good, man,” Matthews said. “I think you sometimes take for granted getting up and being able to move until you get in a situation where you are hurt, where you have a little bit of pain. So being able to move around, be healthy and come out here and compete, I don’t take that stuff for granted anymore. I’m thankful every day I get to come out here and play with these guys. It was a long road back, but it’s been fun so far.”

“I knew a lot of these guys before (I joined the Patriots),” Matthews said of the competition at his position. “I played against some in college, watched some on TV and even (played against) some in the NFL. So obviously, it is a good group of competitive guys, but I think that also makes everyone else better. I don’t spend too much time looking around. I’ve got enough stuff for myself to worry about. At the end of the day, they’re all my teammates, so I cheer them on, but I also want to make them better. So I come out here and compete, and it’s been good so far.”

— Patriots coach Bill Belichick is a well-known lacrosse aficionado, and one of the eight teams set to compete this weekend in the NCAA Lacrosse Championships at Gillette Stadium has a place particularly close to his heart.

It’s Wesleyan’s first-ever appearance in the national title game. Salisbury has won each of the last two national championships and four of the last seven.

“(Wesleyan head coach John Raba) has done a great job with the team,” Belichick said before practice. “Always tough going against those Maryland teams, but I’m sure John will have them ready.”

Raba told reporters Tuesday he often receives messages from Belichick, who played both football and lacrosse at Wesleyan in the 1970s.

Wesleyan coach John Raba on Wesleyan alum and @Patriots coach Bill Belichick: "Bill has been a tremendous supporter and a great friend. If we have a big win, he'll send me an email. He's been a tremendous and he's really positive about lacrosse and Wesleyan. He's the best."

The Division I semifinals will be held Saturday at Gillette, with Duke — which bounced Belichick’s beloved Johns Hopkins in the quarters — taking on Maryland and Albany battling Yale. The winners will meet Monday afternoon for the national title.

Merrimack will face Saint Leo in the Division II final on Sunday. 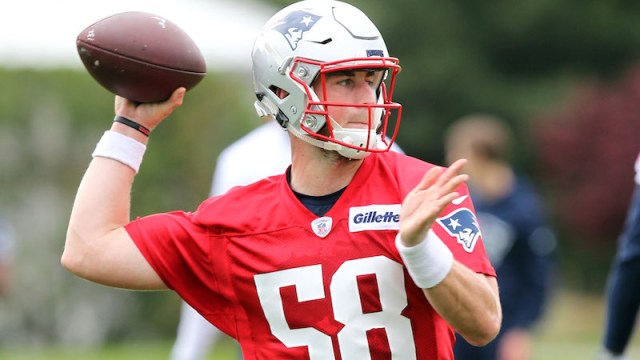 Why Are Patriots’ Rookies Wearing Such Wacky Numbers During OTAs? 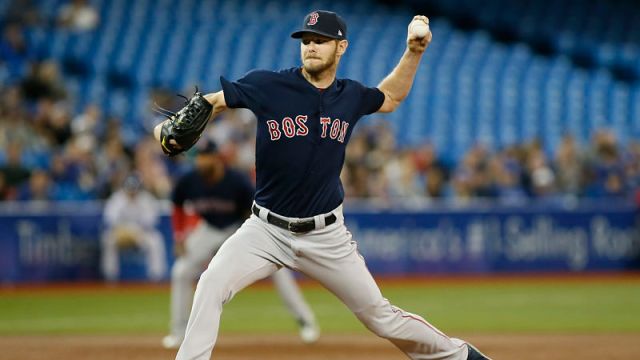