While roster spots are not won and lost in May and June, these spring practices gave us an early preview of the positional battles that will heat up once the team reconvenes for training camp in late July.

Here’s our evaluation of the Patriots’ current depth chart:

Etling has been a pleasant surprise thus far, but we won’t know until the preseason whether he’s a legit challenger to Hoyer for the top backup job. Both are miles behind Brady, who looked like his usual self in minicamp.

Burkhead and White have taken the majority of first-team reps this spring, but it wouldn’t be surprising to see Michel, the 31st overall pick in this year’s draft, rise to the top of this group by the time the season starts. Hill and Gillislee both were left off the roster entirely in our latest 53-man roster projection.

We’re operating under the assumption that: 1) Julian Edelman loses his appeal and is suspended for the first four games, and 2) the hamstring injury Britt suffered in minicamp isn’t serious. Hogan is a surefire starter, and Matthews and Britt both have put together productive seasons in the past. Regardless, wide receiver should be one of the most hotly contested roster battles this summer, as every player in this group save for Hollister has a legitimate chance of making the team and contributing.

Tight end is another position that should be highly competitive in training camp. Hollister and Tye have outplayed Allen and Niklas thus far.

Projecting the Patriots’ starting O-line will be tricky until Brown, Wynn, Thuney and Cannon return to full health, which won’t be until training camp. Wynn, New England’s top 2018 draft pick, could begin the season as the starting left tackle, starting left guard or backup for both spots.

Shelton and Guy have played on the first team this spring with Brown limited. Butler and Valentine could find themselves battling for one of the final roster spots.

Clayborn, the former Atlanta Falcon, was one of the Patriots’ most important offseason signings. He and Flowers have lined up on the right and left edges, respectively, in the first-team defense this spring.

Hightower has been a full participant in OTAs and minicamp after suffering a season-ending torn pectoral muscle last November. Having him back will be a huge boost to a linebacking corps that struggled at times last season. Langi, who also is coming off a season-ending injury sustained in a car crash, can play on the edge, as well.

Sure, it’s probably premature to pencil Jackson, an undrafted rookie, in as a starter. But he’s been part of the first-team defense for most of the spring, and he’s played well thus far. Of course, this easily could change once McCourty gets over whatever’s been keeping him out of team drills. Rowe, last year’s No. 3 corner behind Gilmore and Malcolm Butler and a candidate to contend for a starting job, has been relegated to the second team. Crossen flashed early in OTAs but since has been limited with an injury. Both Joneses also have been limited.

Travis has looked better than Richards this spring, but he’s still a long shot to make the roster. Our latest projection has the Patriots keeping just four safeties: McCourty, Chung, Harmon and special teams star Ebner. There also are several talented safeties still floating around in free agency, so New England could look to add to this group before camp. 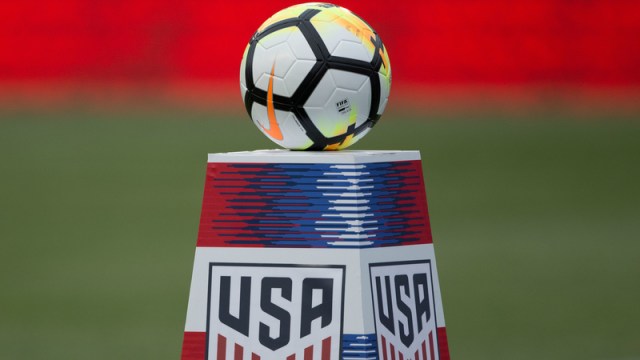 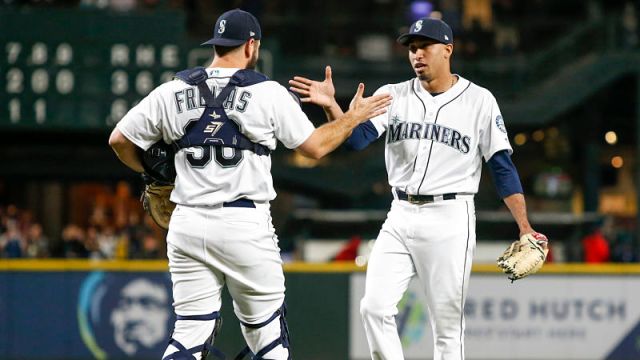 The Daily Line: Mariners Open As Underdogs Vs. Angels Despite Recent Run