FOXBORO, Mass. — It was easy pickins for New England Patriots quarterback Tom Brady in his return to the practice field Tuesday. It wasn’t quite as effortless on his second day back.

Brady had four passes broken up by Patriots defenders during team drills Wednesday. Cornerback Stephon Gilmore, safeties Duron Harmon and Patrick Chung and linebacker Dont’a Hightower all got their hands on passes from Brady. Defensive end Trey Flowers made a diving attempt to pick off the pass Hightower broke up to no avail.

Here are the rest of Wednesday’s minicamp observations:

— Cornerbacks Duke Dawson, J.C. Jackson and Ryan Lewis also broke up passes during team drills. Dawson and Jackson are rookies. Lewis is a second-year player who came into the NFL as an undrafted free agent in 2017.

— Jackson continues to line up regularly with the starting defense across from Stephon Gilmore. Jackson is a player to watch in the offseason workout program.

— Tight end Jacob Hollister returned to practice. Hollister said it was only something minor that kept him out of practice Tuesday.

— Tight ends Will Tye and Jacob Hollister continue to stand out. Tye made a one-handed grab on an errant pass from backup quarterback Brian Hoyer. Hollister was a favorite target of Brady and Hoyer. He made a deep catch over rookie linebacker Ja’Whaun Bentley.

— NFL officials were on hand for practice. So were coaches from the University of Iowa.

— The Patriots simulated crowd noise during team drills by playing songs from AC/DC and Bon Jovi.

— Offensive linemen Isaiah Wynn and Trent Brown got a tongue lashing from their coach Dante Scarnecchia.

— Julian Edelman and Rob Gronkowski caught passes in team drills from Brady. That didn’t happen Tuesday. Gronkowski threw a ball into a tree in celebration after one long catch. He’s had particularly high energy in two practices back on the field.

— With Wynn, Brown and Cannon limited and Thuney out, the Patriots’ starting offensive line consisted of Matt Tobin, Ted Karras, David Andrews, Shaq Mason and LaAdrian Waddle during competitive drills on Wednesday. When the Patriots are holding walk-throughs, Brown and Wynn replace Tobin and Karras. 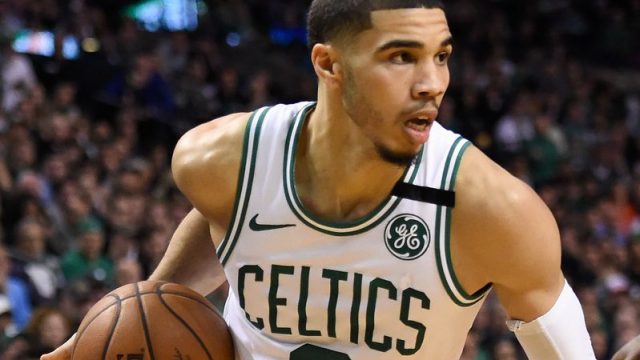 Why No Jayson Tatum At Summer League? Danny Ainge Says ‘It Would Be Crazy’ 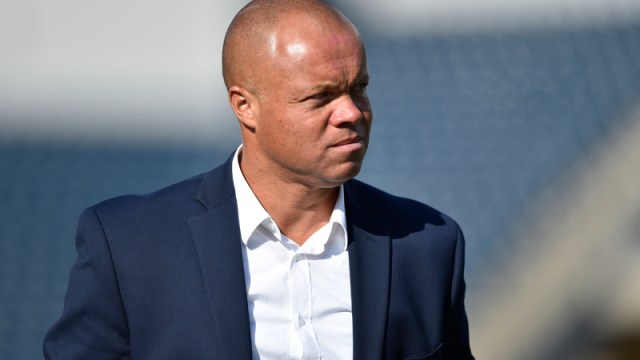