Steve Pearce had been limited to just five home runs in 2018 entering Thursday.

But thanks to a monster performance in the Boston Red Sox-New York Yankees series opener, the veteran utility boosted his season total in a major way at Fenway Park.

The 35-year-old got his big night started in the third inning when he took Yankees starter C.C. Sabathia deep to trim New York’s lead to 4-2.

Into the Monster seats! Steve Pearce's solo homer gets the @RedSox a little closer in the bottom of the 3rd. #MLBNShowcase pic.twitter.com/td8kD7kqwz

Pearce was right back at it an inning later when his colossal three-run bomb gave the Red Sox a lead they never would relinquish.

And just for good measure, he tacked on another round-tripper off the light tower in the sixth inning.

Why doesn't everybody do the "hit a home run in every at-bat" thing like Steve Pearce? pic.twitter.com/fRi3DUZVey

Pearce has been around the big leagues for a long time, but this undoubtedly will be a night he never forgets. 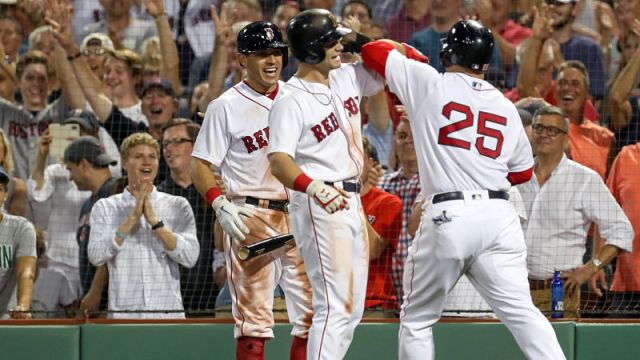 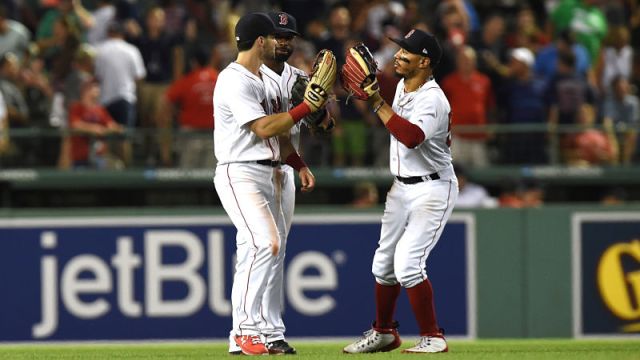