Patriots Could Use Brandin Cooks, But It Was Still Smart To Trade Him - NESN.com Skip to content

Cooks currently ranks second in the NFL with 452 receiving yards on 26 catches with a touchdown. The Patriots traded him, along with a fourth-round pick, to the Los Angeles Rams for the 23rd overall pick and a sixth-rounder.

The Patriots’ side of the trade was almost universally praised. They originally acquired Cooks, along with a third-round pick, from the New Orleans Saints the offseason prior for the 32nd overall pick and a fourth-rounder.

That’s tremendous value. It was great value when they made the deal in April, and it’s great value now. They got a first-round pick for a player they weren’t going to re-sign on the final year of his contract.

If New England hadn’t traded Cooks, he would have made $8.5 million in 2018 and the team might have received a 2020 third-round compensatory draft pick when he walked in free agency.

Panning the trade now is doing so with the benefit of hindsight. The Patriots are shallow at wide receiver and struggling offensively, with Chris Hogan, Phillip Dorsett, Cordarrelle Patterson, Josh Gordon and Matthew Slater on the roster and Julian Edelman suspended. New England spent the 23rd overall pick on offensive tackle Isaiah Wynn, its biggest need at the time, who since has torn his Achilles and is out for his entire rookie season.

Was it smart to make the trade? Yes. Has it worked out three games into this season? No.

But out of a pure value standpoint, five years of a starting offensive tackle on a rookie contract is more valuable than Cooks with one year left on his deal. And before you even think it, the Patriots never were signing Cooks to a long-term contract.

Cooks in 2017 wasn’t an $81 million receiver. He caught 65 passes for 1,082 yards with seven touchdowns last season. It was a good season. But it was closer to what Brandon Lloyd did in the Patriots’ offense back in 2012 than what Cooks is doing now with the Rams.

Cooks never was an ideal fit for quarterback Tom Brady and offensive coordinator Josh McDaniels. He struggled to find chemistry with Brady over the middle, where New England does its best work.

This all is similar to the argument that the Patriots should have re-signed Danny Amendola in free agency this offseason. (It’s possible to have two simultaneous contrasting logical thoughts in one’s head.) The Patriots could use Cooks right now; they also received great value in trading him that should help more in the future.

Planning for the future will never be popular in pro sports. Fans want immediate results, and Cooks would have given New England just that. But if Wynn, still on his rookie contract, is the Patriots’ starting left tackle in 2022, while Cooks would have been gone after one season, that’s just smart. And Patriots head coach Bill Belichick never has been short-sighted in managing his team. The guy hasn’t built a 17-year dynasty with no thought to the future in mind.

The Rams will win this trade in 2018. And since they were willing — and had the mean — to sign Cooks long-term, then maybe they win this trade in the future, too. But Cooks was only going to be in New England for one season, and the Patriots hope they have their left tackle of the future in Wynn. If they do, then having that player on a rookie contract through 2022 is worth more than one season of a wide receiver who never really fit the system anyway.

And let’s not ignore the fact that the Patriots’ wide receiver issues could diminish when Edelman returns and Gordon starts to play. 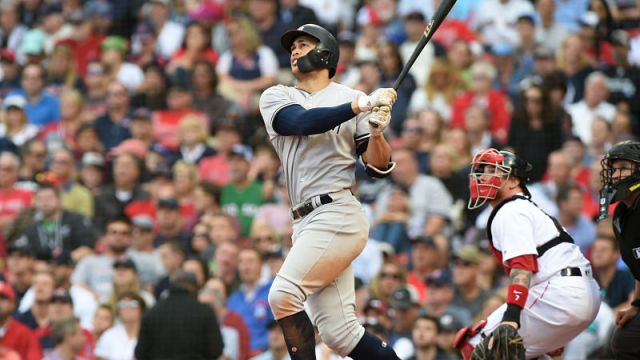 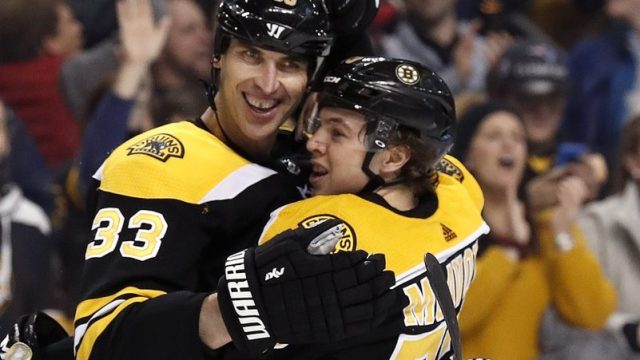