J.D. Martinez knew the deal Wednesday when he faced Ryan Madson with the bases loaded in the fifth inning for the second consecutive night. He thus tweaked his approach. And it worked.

Martinez, who struck out on three pitches Tuesday night against Madson, delivered a two-run, two-out single off the Los Angeles Dodgers reliever Wednesday in Game 2 of the World Series to lift the Boston Red Sox to a 4-2 win at Fenway Park.

“Yeah, absolutely,” Martinez told reporters in Boston after Game 2 when asked whether he learned from his Game 1 showdown with Madson. “The at-bat (in Game 1), like I said, the situation is a very similar situation. And I felt like I kind of made the adjustment today of going up there and trusting my eyes, not just going up there and thinking, ‘He’s wild and he’s not going to throw a strike.’

“So that was pretty much kind of what I learned from the night before.”

Martinez’s strikeout against Madson in Game 1 ultimately didn’t cost the Red Sox. Xander Bogaerts beat out a potential double play in the next at-bat to give Boston a 4-3 lead, and Rafael Devers then provided some insurance via a two-out RBI single. Eduardo Nunez added more cushion in the seventh inning by launching a three-run home run, and the Red Sox won 8-4 to take a 1-0 series lead.

Martinez knew he couldn’t afford to falter again in Game 2, though. The Red Sox loaded the bases with two outs, and Madson had just walked Steve Pearce — the first batter he faced — on five pitches to even the score 2-2. So Martinez gave himself a little pep talk, dug in and struck a clutch single to right field on the second pitch he saw, a 94 mph fastball located on the outer half of the zone.

“I faced him (in Game 1) and it was a very similar situation. He was a little wild, and I went up there kind of passive,” Martinez said after Game 2. “I said, this is the time, I said, ‘Trust your eyes. Go up there and trust your eyes, and if it’s a ball, it’s a ball. But don’t go up there being passive.’

“It wasn’t a bad pitch. It was a good pitch. I was just fortunate enough to stay inside of it and dump it in, really.”

No more runs would be necessary in Game 2. David Price tossed a 1-2-3 sixth inning before handing the keys to Boston’s bullpen, which spun three scoreless frames to lock down the victory. The series now shifts to Los Angeles with the Red Sox leading 2-0 — just two wins away from a World Series title. 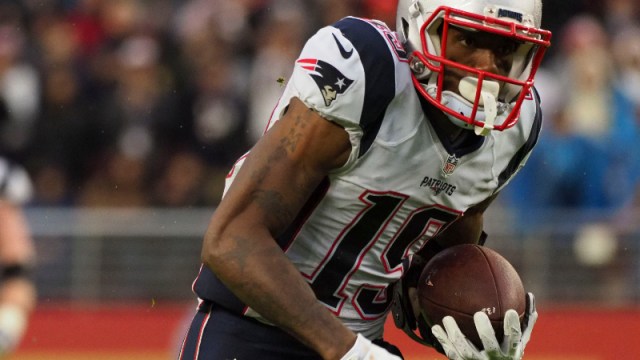 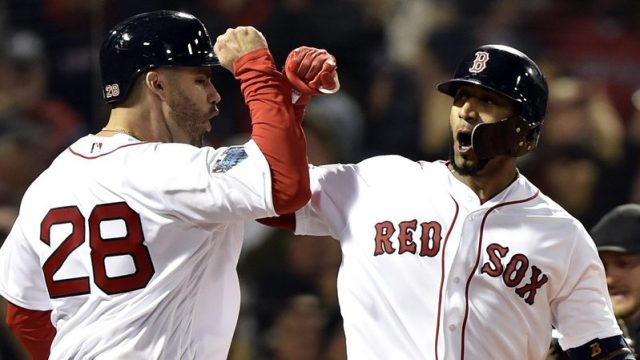