The Boston Red Sox have high expectations for Bobby Dalbec and it was easy to see why Friday at JetBlue Park.

During Boston’s spring training opener against Northeastern University, the 23-year-old got a fastball during his first at-bat and crushed it to straightaway center field to give the Red Sox a 1-0 lead.

Yes, it’s off a college pitcher. But the raw power showcased by the talented prospect is impressive, nonetheless.

At 6-foot-4, 225 pounds, Dalbec has the elite power that makes scouts drool. He hit 32 home runs, 35 doubles and three triples last season in time split between High-A Salem and Double-A Portland. The young third baseman must cut down on his strikeouts if he wants to have staying power at the big-league level. In 126 games last season, Dalbec K’d a whopping 175 times, but he’s hoping some tweaks to his swing can help him tone down the strikeouts and contribute to the Red Sox sooner rather than later. 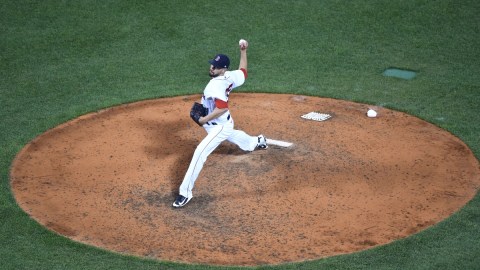