Rob Gronkowski chose to hang up his cleats Sunday afternoon after nine NFL seasons. Here’s our ranking of the tight end’s 10 greatest games in a New England Patriots uniform:

We had to include at least one matchup with the Bills, whom Gronkowski, a Buffalo-area native, took great pleasure in tormenting throughout his NFL career. This particular meeting is best remembered for Gronkowski’s dirty hit on Tre’Davious White, but before that, he dominated White and the rest of the Bills’ secondary, with six of his catches going for 15-plus yards.

Heinz Field hosted Gronkowski’s coming-out party in 2010, with the rookie registering his first of 19 career multi-touchdown games in a 28-21 Patriots victory. Gronkowski averaged 97.9 yards per game and scored eight touchdowns in seven career meetings with the Steelers.

In a fitting end to his NFL career, Gronkowski capped a resurgent final postseason by playing one of his best games of the year on the biggest stage. His two catches for 47 yards during one fourth-quarter sequence set up Sony Michel’s game-winning touchdown.

Gronkowski’s first four catches in this 45-7 Patriots beatdown went for 25, 25, 17 and 32 yards, and he followed his touchdowns with two of his more memorable celebrations.

This was Gronkowski at his most untackleable. One hundred sixteen of his receiving yards came after the catch, and 88 came after contact. His rumble at the 1:24 mark of the video below was an all-timer.

The Eagles bottled Gronkowski up early in the teams’ Super Bowl shootout, holding him to one catch on five targets for 9 yards in the first half. After halftime? Different story. Gronk caught eight of the final 10 passes thrown his way and found the end zone twice as Patriots fell just short of their sixth Super Bowl title.

In a 51-23 throttling of the Bears at Gillette Stadium, Gronkowski racked up the fourth-most receiving yards in his career despite not catching a single pass after the 12:54 mark of the third quarter. His final reception — a 46-yard touchdown made possible by a vicious stiff-arm — put the Patriots ahead 45-7 minutes after halftime and allowed Gronkowski to take the rest of the afternoon off.

This game also kicked off one of the more impressive three-game stretches of Gronkowski’s career. He made arguably his best catch ever the following week during a demolition of the Denver Broncos, then proceeded to throw Sergio Brown out of the club in a primetime win in Indianapolis.

Statistically, it’s hard to top the damage Gronkowski inflicted on the Tim Tebow-led Broncos in the 2011 playoffs. He caught three of Brady’s six touchdown passes as the Patriots rolled 45-10.

Gronkowski’s diving 40-yard catch on fourth-and-10 and his toe-tap touchdown in the final seconds — both against double coverage — were two of the absolute best plays of Gronkowski’s career. He almost single-handedly carried the Patriots to Super Bowl 50.

Gronkowski set a career high for receiving yards in this dramatic win over the Steelers, 69 of which came on what proved to be the game-winning drive. Brady targeted his big tight end on four consecutive plays to move the Patriots swiftly down the field, then went back to him on the pivotal two-point conversion after Dion Lewis’ touchdown. Gronkowski capped the drive by openly mocking safety Sean Davis, whom he’d beaten on each of his final four catches. Iconic. 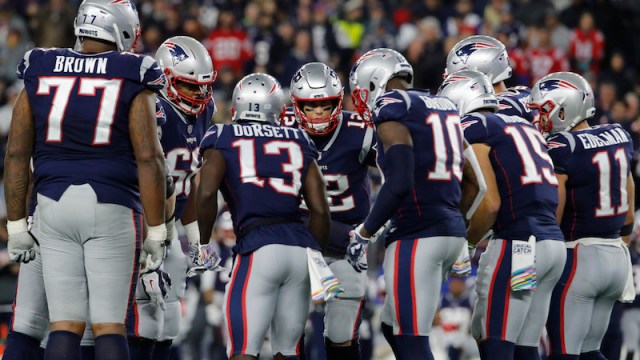 Patriots To Open 2019 Season On Sunday Night; Bears Vs. Packers On Thursday 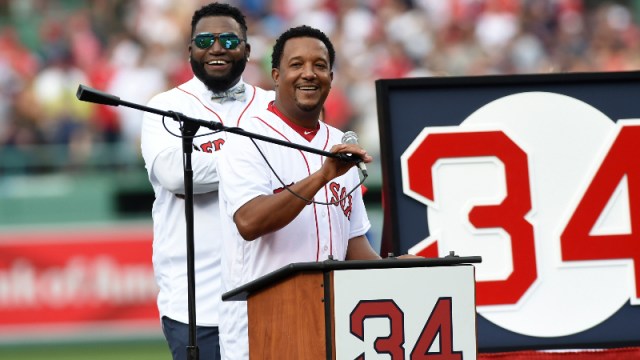